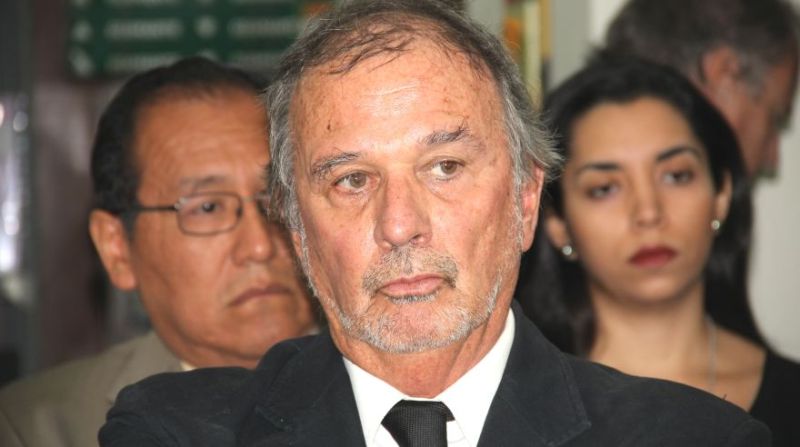 A court in Peru found Caretas journalist Rafo Leon guilty of defamation on Tuesday for criticizing a former columnist for the newspaper, El Comercio.

A judge in Lima sentenced Leon to a suspended sentence of one year in prison and awarded $1,800 in damages to the plaintiff, former El Comercio editor Martha Meier. In a coincidence stranger than fiction, the verdict against Leon was read on World Press Freedom Day, which the United Nations declared to underscore the importance of free and independent media.

The suspended sentence is contingent on Leon’s completion of one year of “good behavior,” which requires him to appear to sign a judicial ledger every month and to notify the court if he plans to change his residence. Leon would also be required to request permission to leave the country.

“The thing is that this sentence is a sword of Damocles over my head, because the judge, or anyone, can consider something I wrote as libelous and condemn me,” Leon wrote on Facebook after the verdict. “Watch out. This is not only a threat against me. It is for all journalists, which is very serious for the precedent it establishes.”

Leon has vowed to appeal the verdict to Peru’s supreme court and international human rights organizations. The decision was condemned by politicians across the ideological spectrum as well as the ombudsman and the college of journalists.

“He who, before several people, together or separately, but in ways that can spread the news, attributes to a person an event, a quality or behavior that may damage his honor or reputation shall be punished with imprisonment not exceeding two years plus a 30- to 120-days fine,” reads Peru’s law on defamation.

The judge’s decision cited the American Convention on Human Rights in ruling that Leon had violated Meier’s right to honor and dignity.

Meier was fired from El Comercio in 2015 for an article in which she alleged judges and prosecutors had been bribed to dislodge anti-mining activist Maxima Acuña. The article also called George Soros a “promoter of drug traffickers.”

The Freedom House designated Peru as “Partly Free” in 2015, with a freedom score of 47, with 0 being completely free and 100 being not free at all.

“Politicians [in Peru] frequently react to criticism, such as allegations of corruption, by suing journalists, press outlets and activists. Defamation remains a criminal offense punishable by imprisonment, though sentences are frequently suspended,” reads the Freedom House profile on Peru.

The profile also highlights attacks on journalists by criminal gangs, the government’s inconsistent record on transparency and prohibitive broadcasting regulation which allows the government to block some media companies from obtaining licenses.