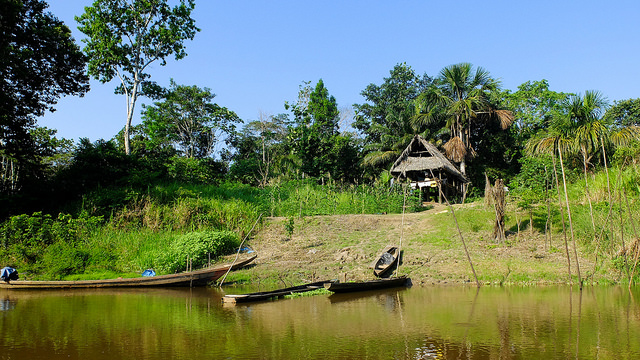 The constant deforestation in Peru’s Amazonian rainforest has led to nearly half of the country’s yearly carbon emissions rates. Because rainforests help trap vast amounts of carbon, a principal greenhouse gas spurring on climate change, rapid loss of forest in places like the Amazon has hiked up the amount of dangerous gases Peru is releasing into the atmosphere.

The numbers come from the latest study by Monitoring of the Andean Amazon Project (MAAP), which previously showed that some 59 million metric tons of carbon had been lost in the Peruvian Amazon from 2013-2017 due to deforestation.

In positive news, the study shows how Peru’s existing protected reserves and national parks are safeguarding 3.17 billion metric tons of carbon, which is the same amount of carbon the U.S. puts into the atmosphere every two and a half years. 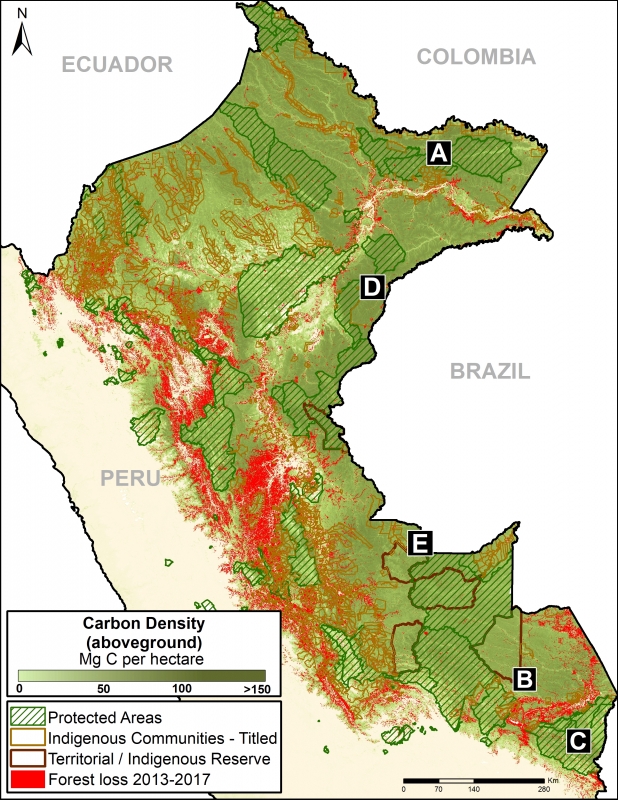 As shown in the map above, basically all of eastern Peru acts as a blanket holding in very large amounts of carbon. The red markings in the figure show how widespread removal of important forest has been in the Amazon.

For example, in the Yaguas National Park is one of Peru’s protected areas boasting some of the largest safety nets for carbon on the entire planet. The recently created protected area was designed to give amnesty to 2 million acres of Amazonian land.

A few months ago, Peru’s Congress approved construction plans for a new highway that would cut into other key parts of the Amazon, like the Madre de Dios region. This was unsurprisingly met with protests from indigenous groups and environmental activists worried that it could put nearly 700,000 acres of forest at risk.

With 1.8 billion tons of carbon being safeguarded in Peru’s system of national protected areas alone, studies like this show how crucial it is for the government to keep its environmental promises, as it has continuously stated its commitment to sustainable development practices.