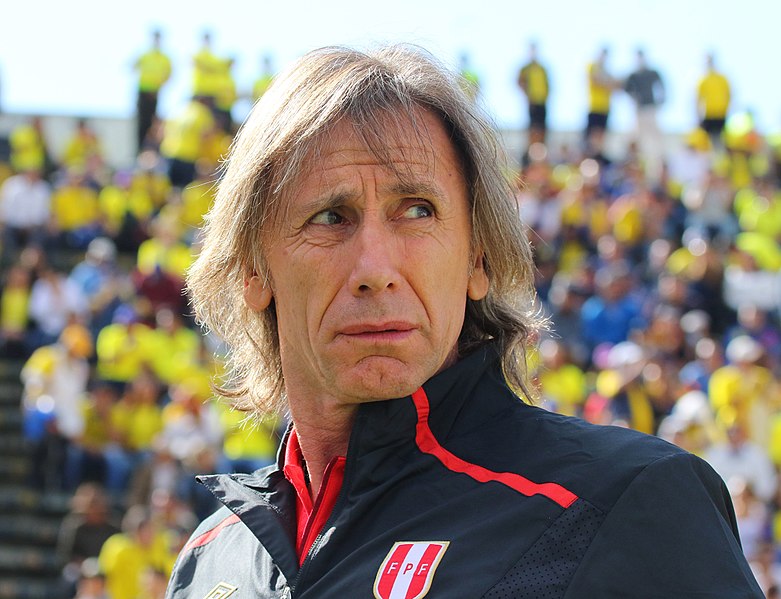 Despite a disappointing World Cup result, Ricardo Gareca has already solidified himself as one of the most important Peruvian managers in the country’s footballing history. Peru’s Football Federation is treating him as such, as president Edwin Ovideo said on local television recently that he is doing everything in his power to convince the 60-year-old Argentine to help guide Peru back to the World Cup in 2022.

“We, as the Peruvian Soccer Federation, will do our best to retain Ricardo Gareca,” Oviedo told Latina TV channel, according to Andina Agency.
“We have met with his lawyer; we have taken the first step. Now we are ready to start negotiations and fully prepared to renew (his contract) for the next World Cup tournament,” he added.
Recent rumors started swirling in Russia tying Gareca to a possible opening with the Colombia job. Fellow Argentine José Pékerman is 68-years-old and this might realistically be his last World Cup with Los Cafeteros after leading them out of the group stage in two straight cups for the first time in the country’s history.
Following Argentina’s disastrous flameout in the Round of 16 and the subsequent firing of Jorge Sampaoli, there may be some thought that the impressive tenure of Gareca at Peru has caught the attention of his home team. The ties to Colombia make sense, however, as Gareca played on the club level in Colombia with América de Cali where he won two league titles and scored 31 goals. He later managed at América de Cali and Santa Fe for one year each.
“I don’t have any information saying that the Argentina federation is going to pursue Gareca, but I do have intel that says Colombia will go after Gareca,” said Argentinean journalist Sergio Levinsky, according to AS Colombia. “Pékerman’s contract is ending and Colombia will go for Ricardo (Gareca). It makes a lot of sense. Gareca was a player there having played at América de Cali and he’s loved there.”
A fan survey done by Ipsos Apoyo showed that a staggering 98 percent of fans want Gareca to stay on as Peru’s head man. It’s a testament to the job he did by taking Peru out from the oblivion and on to the world’s biggest stage as La Blanquirroja went on a historic 15-game undefeated streak before the World Cup.
Oviedo said he expects his head coach to decide whether or not he will extend his contract in the coming days.
“I think he (Gareca) has not taken a vacation after all this time,” Oviedo said. “He will take a few days (to think), and we must respect that, but I have confidence, as head of the Federation, that we will do everything possible to retain him for the next four years.”