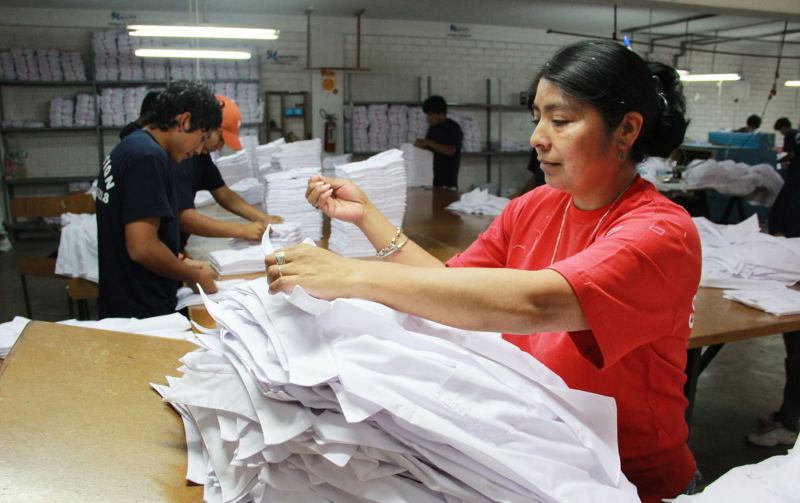 Peru’s government has signaled that it will reject a law from the opposition-controlled Congress to ease terms of tax payment for small and medium-sized businesses.

Congress on Thursday unanimously passed the Fair Sales Tax law which would effectively convert small businesses from an accrual- to cash-based accounting. The law would give a 90-day extension to pay sales tax to companies with less than $2 million in annual revenue.

Popular Force party leaders say the law will strengthen Peru’s 1.3 million small businesses by giving them more time to pay taxes on receivables they have not yet collected and cancel the sales tax due on bad debt. But the Peruvians for Change (PPK) party of President Pedro Pablo Kuczynski says that $350 million in lost revenue this year will exacerbate a fiscal deficit poised to reach 3.4% of GDP.

“This is a complicated issue” finance minister Alfredo Thorne said at a press conference. “We feel this must be reviewed more carefully. We think this transgresses the role the Constitution gives to the executive and legislative branches of government. But again, we look forward to negotiating with Congress. We haven’t ended negotiations.”

Vice President Mercedes Araoz said the law is probably unconstitutional, and PPK spokesman Carlos Bruce said the finance ministry would nullify the law. The government’s proposed 1% cut to the sales-tax rate which is opposed by Keiko Fujimori’s Popular Force party could possibly lead to a showdown between the president and the opposition party which controls Congress.

The merits of the law have divided Peru’s leading economists in favor and against the initiative. Former finance minister Alonso Segura warned in an op-ed that Colombia was currently taking opposite measures to Peru’s after the fall in oil prices hit tax revenues. He warned that Peru should tread carefully in times of volatility.

Others say that companies will game the system in a country with widespread corruption and an inefficient state. They also argue that small companies could be hurt if large companies don’t consider small suppliers because of delays in getting their own credits for sales tax paid. Finally, they say the benefit to small businesses is too small to justify the added complexity in the tax code.

But supporters say that opponents underestimate how thin the margins of Peru’s small businesses are, and that sales-tax liabilities and late payments pose an ever-present risk of bankruptcy. They say it complicates these businesses’ access to finance and that an inflexible tax regime encourages informality.

In regards to government’s finances, supporters say the lost revenue would be a one-time charge only incurred in the year of implementation. They also point to the government’s proposed 1%-reduction in the national sales tax which will cost between $530 million and $880 million, depending on the estimating economist’s politics.

Requiring businesses to declare sales based on accrual accounting is more common around the world because it allows greater transparency and the government does not incur the effective interest expense of delayed payments. However the United States’ Internal Revenue Service allows companies with less than $10 million to choose cash-based or accrual accounting methods for declaring sales.