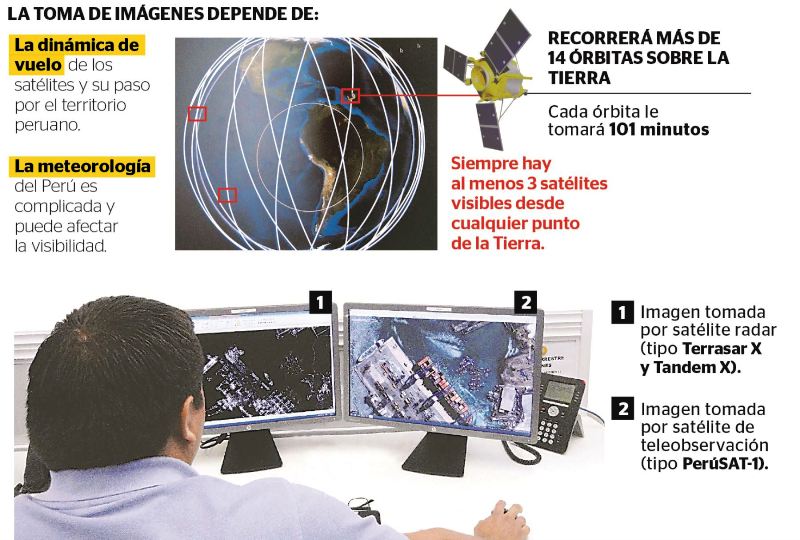 Peru has launched its first ever satellite in an effort to assist agriculture and combat organized crime.

The Peru SAT-1 was launched Sept. 15 from French Guiana and is scheduled to orbit for 10 years at a height of 431 miles travelling at 4.3 mph. This means it can circle the Earth in 101 mins making 14 orbits a day.

“You can use images for agriculture with crop monitoring, for the supervision and safety of our cultural heritage and for the prevention and monitoring of illegal activities such as illegal mining, deforestation and detection of clandestine airstrips,” Gustavo Henriquez head of the National Commission for Aerospace Research and Development in Peru (CONIDA) told El Comercio. “It can also be used for urban planning, among many other things.”

The purchase caused controversy given Peru’s lack of experience in space and its status as a developing country. But environment ministry spokesman Brian Zutter said the government doesn’t want to rely on foreign governments and companies for data collection.

“In Peru there is definitely a desire to produce your own data,” Zutter told the Scientific American.

As well as environmental monitoring, authorities will be looking to use the satellite to help protect Peru’s borders, aid the effort against drug trafficking and spot roads used for illegal logging.

The National Operations Center of Satellite Images (Cnois) in Punto Lobos, Chile will collate the images. The satellite will be sent two messages in the day and two at night directing it where to take photos. Everything will be transmitted by internet to CONIDA in Lima.