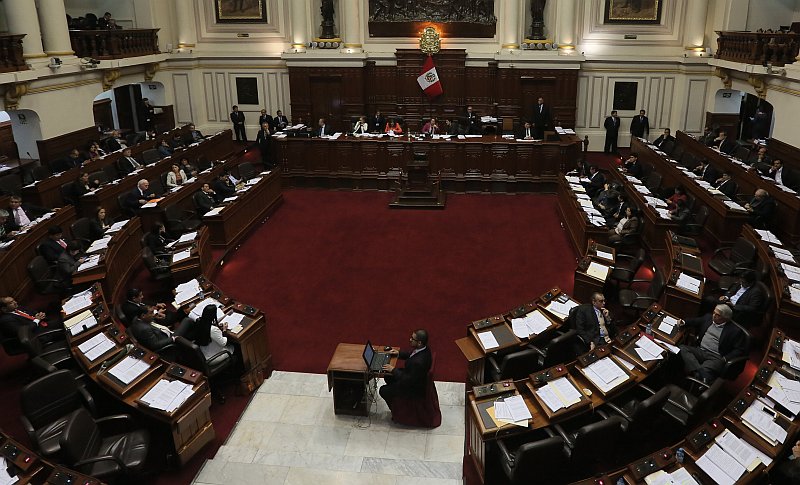 Peru’s Congress on Thursday passed a law which punishes legislators who resign from the political party they were elected with during their term.

Congress passed the Defections Law with 70 votes in favor and 36 against, with the legislature-controlling Popular Force and APRA supporting the initiative against Broad Front, Popular Action and Alliance for Progress. The final vote split members of President Pedro Pablo Kuczynski’s Peruvians for Change party.

The law prohibits legislators who defect or are expelled from their party from serving on congressional committees or Congress’s official steering board.

“[Party defections] have created instability and a terrible image of Congress, and a loss of legitimacy in the democratic system,” Popular Force congressman and the bill’s sponsor Miguel Torres told Andina.

Torres argues that the bill will help prevent the fragmentation of political parties, which lends to an ungovernable situation. Torres points out that at least 96 legislators have resigned from their party after being elected since 2001, and they went on to create 14 new political parties. Torres adds that each new political party costs the government $90,000 for a total of $1.5 million in the last 15 years.

The Defections Law joins other legislation aimed at strengthening political parties in Peru, along with the elections threshold which requires political parties to win 5% of the national vote in order to be seated in Congress.

Other members of Congress have accused Popular Force of acting in its own interest after former corruption prosecutor Yeni Vilcatoma’s defection from the party last month.

Vilcatoma served as chair of the powerful oversight committee when she resigned from Popular Force. Her resignation from the party effectively gave up her chairmanship as well, since committee chairs are property of political parties in Peru’s Congress. The new law will prevent her from serving on the committee at all.

“[Congressmen who defect] will be punished even when they leave for legitimate reasons such as denouncing corruption in the party leadership or for changes in policy and official party line, despite acting legitimately,” Popular Action spokesman Yonhy Lescano argued before Congress. “How logical is this proposal? It’s crazy.”

Lescano added that Popular Force was looking to “build a wall” to preserve its majority in Congress and prevent further defections. Lescano suggested a better bill would only punish legislators who abandoned their party for financial reasons or career opportunities.

Supporters of the bill argue that defecting legislators undermine democracy. They say voters elect representatives to support a party platform more often than they vote for a specific candidate’s personal leadership.

That argument is supported by the fact that most of the electorate probably does not know much about the dozens or even hundreds of congressional candidates for their region. With 130 legislators for a population of 30 million, Peru has three times as many representatives per capita as in the United States House of Representatives, and more than twice as many when including the U.S. Senate.

“The law maintains the fundamental rights of congressmen, such as legislative initiative, representation and oversight, their right to vote and parliamentary immunity,” Torres says. “The issue of defections and fragmentation of political parties is terrible, and I don’t hesitate in saying this started in the 90s.”

Torres was referring to Alberto Fujimori’s policy of bribing opposition congressmen to defect to the ruling party in exchange for cash payments. Many of the payments were made public with the release of the “Vladivideos,” named for spy chief Vladimiro Montesinos, which led to the fall of Fujimori’s regime.