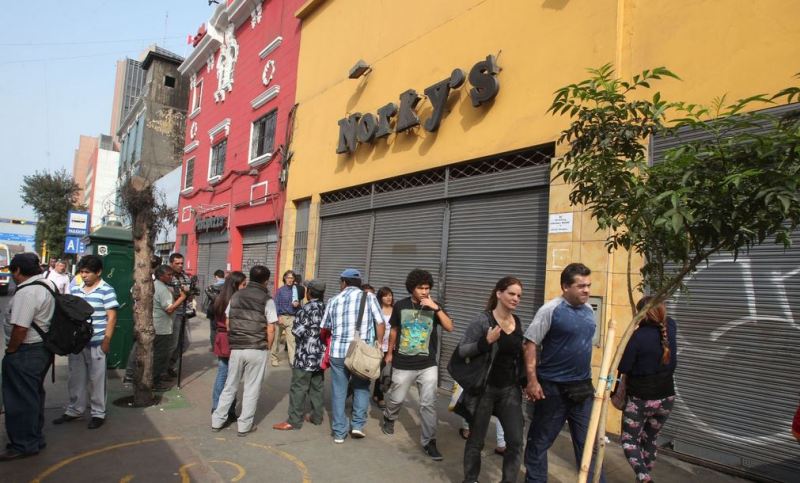 Celebrity chef, Gaston Acurio, highlighted the danger to Peruvian tourism in remarks about the wave of restaurant robberies in Lima.

On Feb. 18, the United States embassy issued a security message to American citizens in Lima about multiple armed robberies at Sophie Bistro in Miraflores. Embassy employees and DEA agents were among the victims. As of the announcement, embassy personnel are prohibited from visiting the restaurant.

On Feb. 20, Bar Piselli in Barranco was held up by three armed men. The gang demanded the purses, wallets and valuables of everybody in the bar before escaping to a waiting car outside.

On Feb. 26, the El 10 restaurant in Miraflores was held up for the third time in one year. On the third occasion, the armed gang also robbed Di Gian Franco, an Italian restaurant nearby. The two robberies led to a citywide chase that ended in La Victoria and left four injured, including two police officers.

In each case, a gang of armed men storm the restaurant. One demands the money in the cash register while others fill bags with valuables from the restaurants’ patrons. All four establishments are high-end restaurants located in areas popular among international tourists.

“It is important to remember to take care of this prestige that has taken years for thousands of Peruvians [to build], to the benefit of farmers, fishermen and small businesses which now benefit thanks to the prestige of Peruvian cuisine. So we hope appropriate measures are taken,” Acurio added. “We must all combat citizen insecurity together.”

In May 2014, a high-profile robbery of Norky’s in downtown Lima resulted in the murder of private security guard, Luis Robles. That crime took place across Abancay Avenue from Peru’s Congress and a few blocks from the Government Palace, where President Ollanta Humala resides.

Chile: ‘We do not condone spying’