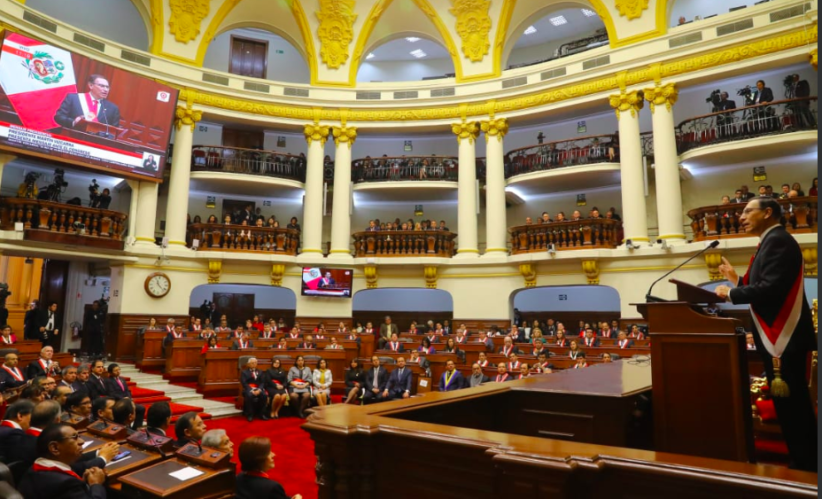 Normally Peru’s Fiestas Patrias, or National Holidays, are cause for celebration each year in the Andean country. This year, however, Peru’s Independence Day party has been spoiled by the wide-reaching judicial corruption scandal spurred on by audio tapes revealing bribery and favoritism running amock in Peru’s top courts.

During his holiday speech Saturday, President Martin Vizcarra announced that he would hold a referendum to vote on an ambitious range of anti-corruption reform. Among the changes would be sanctions on corrupt judges and the creation of an anti-corruption office, according to the AFP.

“We’ll stand firm in the fight against corruption,” Vizcarra said. “The only way to do so is by receiving clear support from citizens, who are indignant at murky negotiations —contained in the audio recordings— that represent a cost to all of us, mainly to the weakest people.”

The referendum would also include a vote on establishing a bicameral Congress and a possible ban on private financing for political candidates.

Before the actual popular vote takes place, the opposition-majority Congress would have to approve Vizcarra’s proposal. It is likely if the far-right led legion of lawmakers were to green light Vizcarra’s plan then votes would take place in October when the municipal elections will be held.

“With these measures we will significantly reduce corruption in the administration of justice,” Vizcarra said. “Enough with the pardons in exchange for money.”

The corruption scandal that continues to rage on in Peru’s top courts has led to the resignation of the Judicial Branch head Duberlí Rodríguez and has implicated several top judges like Supreme Court Justice Cesar Hinostroza and former Superior Court Chief Justice of Callao Walter Ríos.

Half of the Venezuelans in Peru have advanced degrees