The Afro-Peruvian poet behind Kuczynski’s one-liner 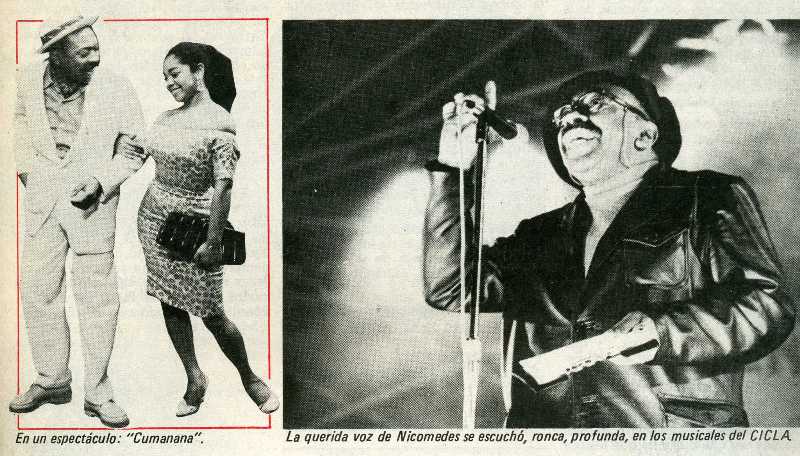 The career of Afro-Peruvian poet Nicomedes Santa Cruz came into the limelight as his most famous line found its way into the 2016 presidential debates.

Pedro Pablo Kuczynski trailed Keiko Fujimori by five points when they entered the final presidential debate in Lima on May 29. An aggressive Fujimori had trounced a non-confrontational Kuczynski in the first debate, and analysts said he needed a miracle to overcome the deficit in the polls to win the election.

Kuczynski attacked early but the Fujimori seemed to score more points in a debate which could have been called either way. But Kuczynski landed his biggest shot of the night in his final statement, when he quoted Santa Cruz’s most famous line from his signature poem, “Como has cambiado, pelona.”

“I say ‘You haven’t changed, babe. You’re the same’,” Kuczynski told Fujimori. Kuczynski’s supporters in the audience erupted in cheers that had to be quieted for him to finish.

“I believe in liberty. I am convinced this liberty is in grave danger in Peru. So I want to call on all Peruvians of all political stripes to defend liberty and use our votes to close the book on the return of dictatorship, corruption and lies. It’s now or never, citizens. Until the last poll, until the last vote. Viva Peru!”

Kuczynski’s final attack prompted hashtags such as #ComoHasCambiadoPelona and #TuNoHasCambiadoPelona. The debate came just six days before June 4, Peru’s Day of Afro-Peruvian Culture and the 91st birthday of one if its greatest 20th century poets, Nicomedes Santa Cruz.

Santa Cruz was born in Lima’s La Victoria district in 1925, the ninth of 10 children. After working in his early life as a blacksmith, he was Inspired by Afro-Peruvian poet and musician Porfirio Vasquez to enter the performing arts. In 1956 he traveled the country as a storyteller and minstrel.

After returning to Lima in 1957, Santa Cruz joined the Pancho Fierro Company, later dubbed Black Rhythm of Peru. The group performed “Cards from Pancho Fierro” at the Municipal Theater of Lima in 1957. Santa Cruz made his radio debut in Santiago, Chile.

In 1958 Santa Cruz collaborated on the album, “Gente Morena,” which featured his spoken poetry alongside traditional Afro-Peruvian music. That same year Santa Cruz published his first article, a look at Peru’s marinera music, in El Comercio’s Sunday edition. In 1959 Santa Cruz released “Decimas,” or “Stanzas” in English, an album featuring his poetry including “Como has cambiado, pelona.”

“La pelona,” the subject of the poem, is a black girl from his neighborhood who now treats him poorly as she tries to climb the social ladder to attract a wealthy white man. According to Santa Cruz, she is trying too hard with her stiletto heels and fancy makeup. But he still loves her.

“Despite the tone of protest from many of Nicomedes’s stanzas, his poems are not decidedly political,” Jose Tsang writes in El Comercio. “His art is more of a proud affirmation of Afro-Peruvian identity (he is why the Day of Afro-Peruvian Culture is held on June 4th), solidarity with the barefoot masses, rhyming social commentary, witty autobiography, earthy singing, tasteful gallantry or vital and existential rhythmic reflection.”

From the 1960s until his death in 1992, Santa Cruz released 14 albums and published 11 books. He also lent his voice to countless songs and wrote a regular column in El Comercio on poetry, music and other popular elements of Lima and Afro-Peruvian culture.

“The work and legacy of the most important black intellectual in 20th-century Peru, despite some important recent efforts, remain unknown for most Peruvians,” according to University of Oregon historian Carlos Aguirre.

“A man of commitment and courage, of immense talent and creativity, of sincere dedication to the cause of black emancipation and social justice, Nicomedes Santa Cruz deserves to be recognized as one of the most accomplished poets and intellectuals in 20th-century Peru, someone who devoted his life to the cause of human dignity for all, regardless of skin color.”

Listen to Santa Cruz recite “Como has cambiado, pelona” below.