Peru set to extradite FIFA executive to US 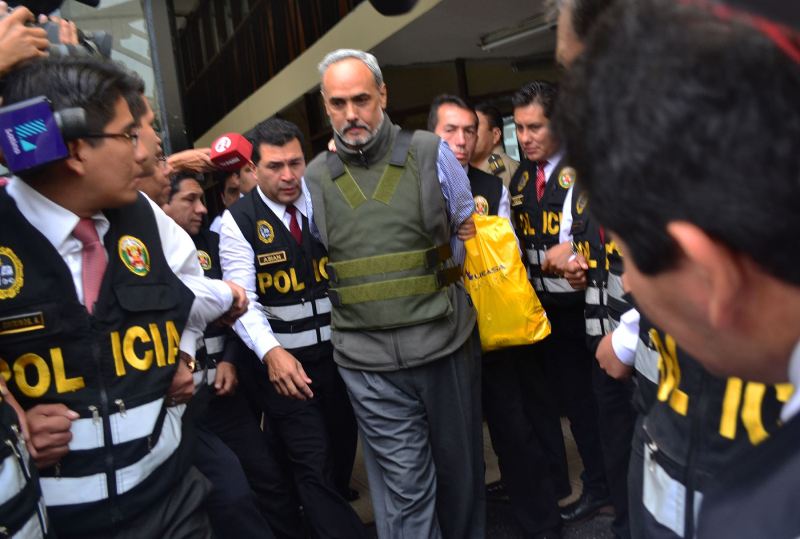 Police in Peru have detained former Peruvian Soccer Federation (FPF) chief Manuel Burga in anticipation of extraditing him to the United States.

Burga was arrested Friday night at his home in Lima, one day after the United States justice department unsealed indictments of 16 FIFA directors and league bosses in Latin America. The U.S. attorney general now has 60 days to formally request his extradition.

“I knew they were going to come, I was waiting for them,” Burga said. “I am completely calm. I have not received any bribe or kickback. I will have to defend myself and so I am making myself available to police.”

Before being extradited, Peru’s law requires Burga’s case to be heard in the supreme court and signed off by President Ollanta Humala’s Cabinet.

Burga faces five charges of racketeering conspiracy, wire fraud and money laundering for his alleged involvement in a scheme in which league bosses in South America collected bribes in exchange for advertising and broadcast rights of international soccer matches.

“Manuel Burga is a professional liar,” said congressman Daniel Abugattas, who in 2014 filed a report with Peru’s justice department alleging corruption in the FPF. Abugattas estimated that over his 12 years as the head of the FPF, Burga collected over $400 million in kickbacks.

Burga served as the FPF president and as a director of FIFA’s South America confederation CONMEBOL from 2002 to 2014.