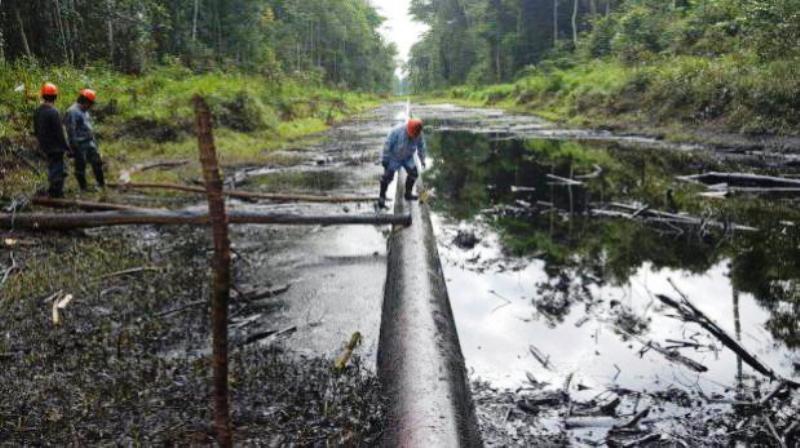 Peru state oil company Petroperu has said that the latest two oil spills accounting for over 4,000 barrels in the Amazon were caused by vandals.

The firm said in a statement that the fourth and fifth spills were caused by holes in the pipeline created with tools. In both cases, investigators found two three-inch cuts in the pipeline about a half-mile from each other.

The first spill occurred in the Condorcanqui province of Amazonas with the second coming in the Loreto province of Loreto state. Both cases of alleged vandalism occurred during the month of August. A Petroperu spokesman said the company filed a police report and will press charges for aggravated vandalism.

Petroperu said in a press release that the Argentine construction company IMMAC and Finnish company LAMOR are cleaning up damages. The spilled oil was contained by trenches lining each side of the pipeline.

“The oil flows were controlled immediately. Clamps were bolted to avoid spreading the oil in the floating channel,” Petroperu said in a press statement. “It also has safety caps that prevent the leakage of crude oil into water sources.”

One tribe had blocked access to the Amazonas site until company executives came to the region for a round-table discussion with Petroperu. Petroperu said this delay will leave the damaged area vulnerable to rains which will could cause the spill to overflow from the trenches into the surrounding area and water systems.

Talks between Petroperu representatives and the local communities are scheduled for Aug. 31.

The northern jungle region encompassing Loreto and Amazonas has now suffered five spills in five months, three of which happened after the pipeline was shut down by the state.