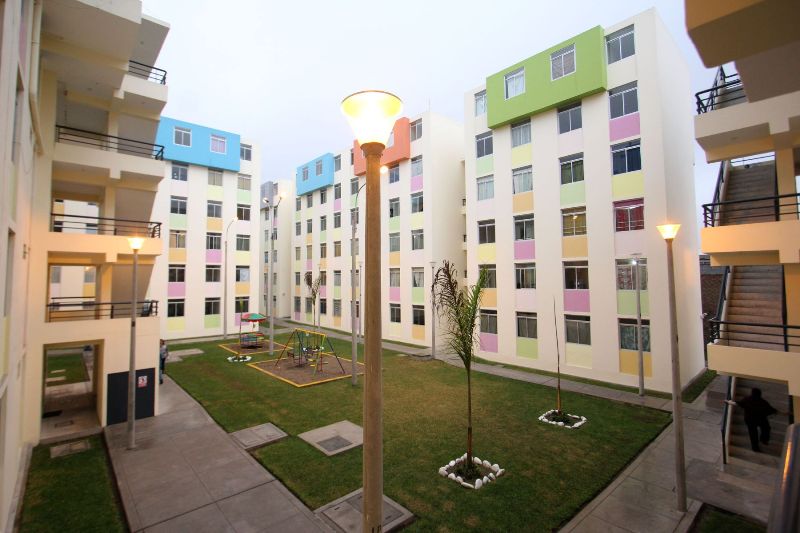 According to reports from May when the law was first announced, the bill removes the requirement of a down payment on a mortgage by providing a subsidy of up to $5,400 for new and existing homes that meet requirements of the rent-town own program.

Officials initially projected the measure will drive sales of 30,000 homes.

“Without a doubt, this law will benefit the middle class by guaranteeing them the right to private property and a dignified home,” said prime minister Pedro Cateriano after his cabinet’s approval of the bill. “Peru will become a country of owners.”

After receiving the President’s signature, the law will be published in state daily El Peruano in 30 days. Financial entities, real estate agencies and construction companies will then have a first look at the legislation’s details in order to tailor products for potential home buyers while complying with the law.

Gustavo Rizo, president of Peru’s real estate developers association (ADI) says the rent-to-own law will have a moderate benefit on the industry overall. But he says the legislation’s success depends on its protection for homeowners by allowing them to evict tenants who do not pay rent.

“The leasing regulation will generate a little more supply and access to demand. The development of the rental market will depend on whether the law is satisfactory to investors,” Rizo said. “The law is very important if it controls one variable, that a breach of contract is punished by eviction. To the extent that [eviction] is expedient, the law is favorable without considering tax benefits. If the law does not give control [to the homeowner], it won’t be effective.”

Home sales in 2014 fell 40% from 2013 to their lowest levels in three years as Peru’s economy slows after a decade-long boom in commodity prices.