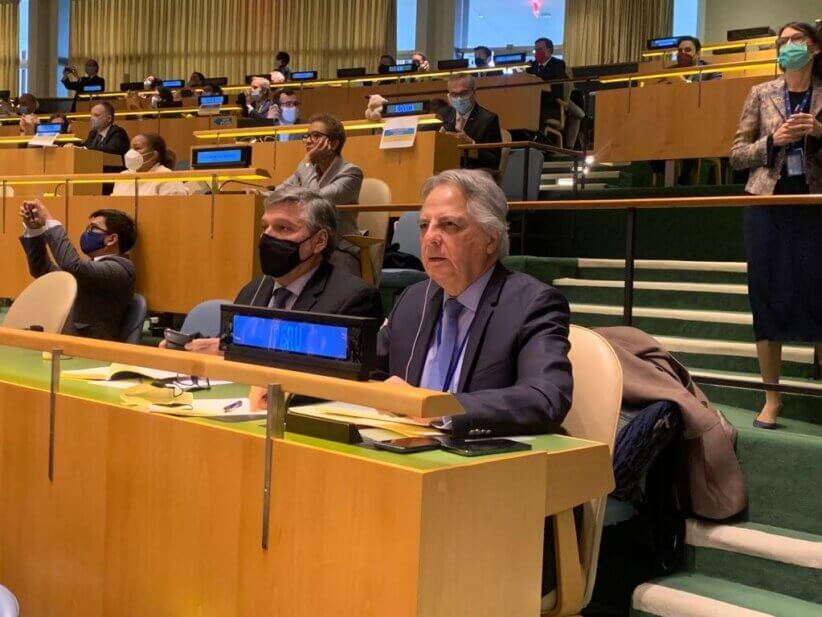 Peru voted with 140 other nations to condemn Russia for its invasion of Ukraine during a special meeting of the United Nations General Assembly on Wednesday. The country voted in line with the majority of Latin American nations, with Cuba, Nicaragua, Bolivia, El Salvador and Venezuela abstaining.

“I have just cast Peru’s vote in favor of the resolution ‘Aggression against Ukraine’ at the UN. It was approved by 141 votes in favor. Non-intervention and the non-use of force are stone columns of Peruvian diplomacy. Equally important is the pacific solution of the conflicts.”

Among many things, the resolution condemned what Russian President Vladimir Putin called a “special military operation” in Ukraine during a televised speech he gave while the UN Security Council was meeting on February 24 as well as Putin’s decision to increase the readiness of its nuclear forces.

It also reiterated that land grabs by the threat or use of force will not be recognized as legal, and expressed “grave concern” surrounding attacks on civilians in Ukraine and the “deteriorating humanitarian situation” in and around the country.

The UN resolution comes after the United States and Europe announced what have been described as the largest set of sanctions on a single nation in history. Western countries have cut off Russia from using the SWIFT banking system, severely limited Russia’s ability to do business in foreign currencies, and have frozen the assets of Putin and members of his inner circle. They’ve also denied access to airspace for Russian-owned aircraft.

Peru is a trading partner with Russia and, experts say, could feel the impact of some of the sanctions at home.

According to a report from FreshFruit, a company that analyzes the agriculture export sector, Peruvian exports of produce to Russia have grown by 28% over the past five years and Russia has become the 12th most important nation in terms of agricultural exports out of Peru.

Speaking to reporters on February 24, Peru’s Foreign Trade and Tourism Minister, Roberto Sánchez, pointed out that the Russian market represents about 0.4% of Peru’s total exports, which he said reached $56 billion in 2021.

“We are talking about a significant amount, around 194 million dollars in exports (to Russia), focused on fruits and fishery products,” he said, according to local news agency Andina.

Ahead of Russia’s invasion of Ukraine, newly appointed Minister of Economy and Finance, Oscar Graham, told reporters that Peru could see some economic fallout from proposed global sanctions on Russia.

“This could definitely affect [the economy] in terms of increased import prices, in addition to a greater risk in terms of financial markets,” said Graham at the time. He pointed to price increases for wheat and oil in particular.