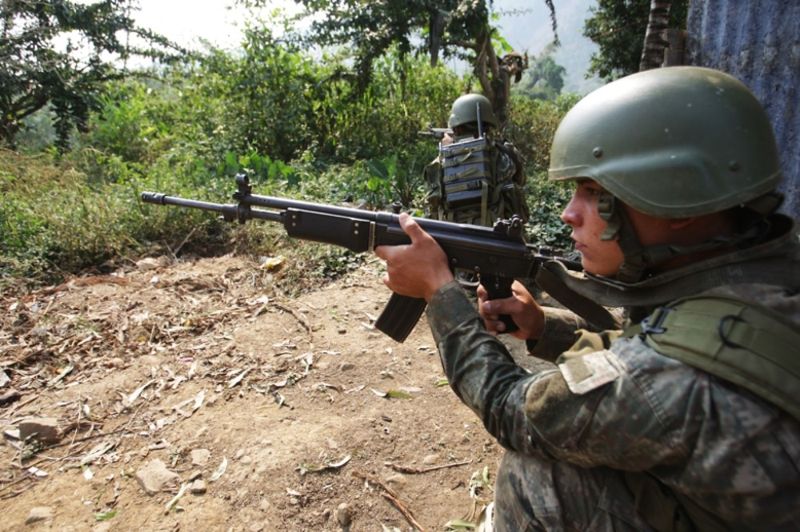 A joint patrol of Peru’s national police and military encountered a Shining Path column in the Huanta province of Ayacucho yesterday afternoon. Security forces are searching for Shining Path leader Victor Quispe, “Comrade Jose,” who they believe is in the area.

“In the course of operations it was arranged to dispatch aircraft and reinforcement patrols for operations to control the area and extract military and police personnel. These operations are still being carried out,” said a military spokesman yesterday evening.

With the death of six of its ranks, including column leader “Comrade Antonio,” authorities claim to have reduced this formerly 12-man column by half. Security forces also recovered weapons and other military equipment from the rebels who fled.

The five wounded soldiers are being treated for bullet-wound injuries.

The latest battle comes after a series of government victories over the 35-year-old insurgency which has evolved into more of a criminal organization which works with international drug traffickers.

Three weeks ago two column leaders were captured in a Cusco province of the VRAEM. Two weeks prior to that, security forces dismantled two Shining Path “production camps” in which over 54 slaves including women and children were forced to raise crops and swell the ranks for the rebels.