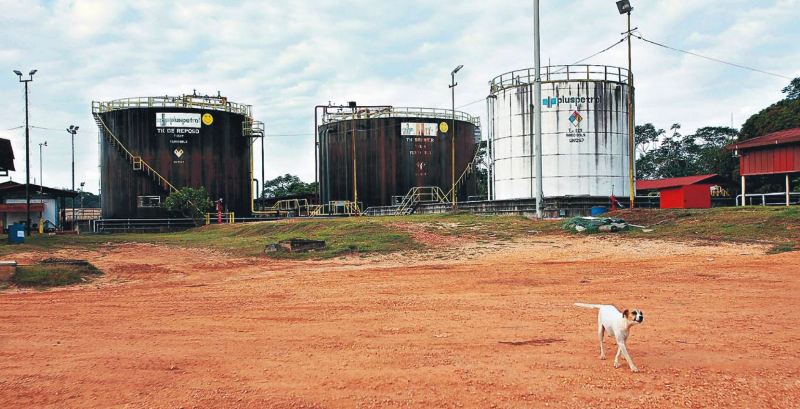 Over 500 native residents of the Amazon jungle in Peru have occupied oil block 192, halting production.

Two indigenous organizations from the Alto Tigre river basin are occupying an airfield and the facilities of the oil block in Loreto. They demand to have their concerns heard under Peru’s Prior Consultation Law which requires extractive industries reach agreements with local indigenous communities before operations begin.

FEDIQUEP president Aurelio Chino says the two protesting organizations want legal title to their lands and new royalty schemes.  “With the Pacific [managers], the apus have reached an understanding,” said Chino. “The problem is not with them but with the government.”

“This is not a struggle for any company. It is a struggle waged for the respect of the indigenous people’s rights which have been violated for 40 years,” said FECONACO president Carlos Sandi.

“The process for block 192 has been the most complex and the most exhausting that we had,” Balbuena said. “We were faced with a history of 40 years of problems including pollution and extreme poverty in the communities. The relationship was very tense. Part of that exhaustion occurred in the federations, which at first were very united but later distanced from each other.”

“[The occupation] will go on for one month, six months or a year if there is no dialogue in indigenous territories with a high-level commission,” Sandi said. “The strike will continue.”

State oil regulator Perupetro ultimately awarded the license to Pacific Stratus Energy, prompting strikes which paralyzed the city of Iquitos. Congress later passed a law which would allow Petroperu to drill oil at the key block, however President Ollanta Humala’s government and the executive management at the state oil firm have declined.