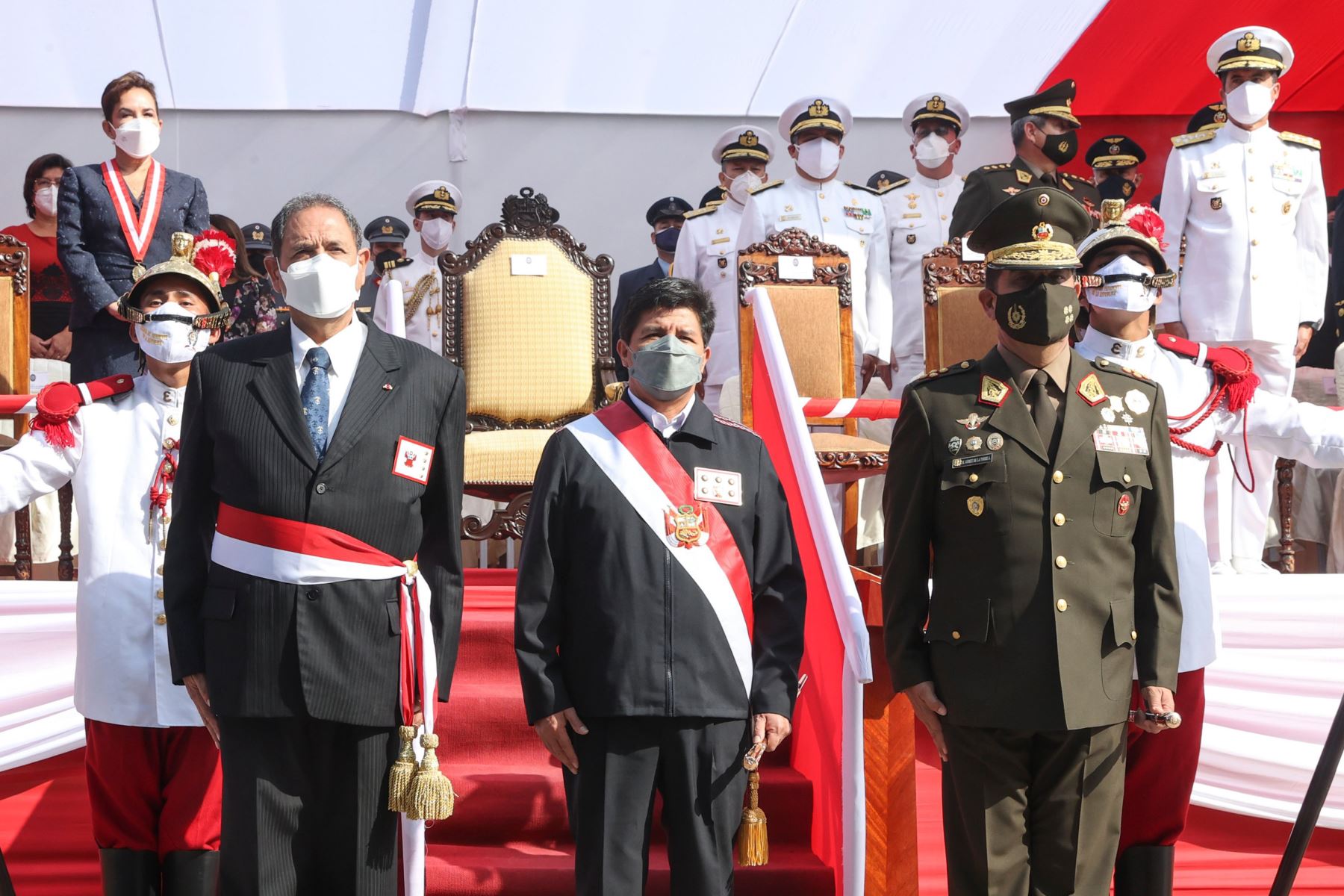 A group of retired soldiers from Peru, considered national heroes for having participated in a successful hostage rescue operation in 1997, snubbed President Pedro Castillo during an official ceremony commemorating the operation. The slight was the most recent incident in Mr. Castillo’s rocky relationship with former members of the Peruvian armed forces.

On April 22, Peru celebrated the 25th anniversary of “Operation Chavín de Huántar,” considered one of the most successful hostage rescues of all time in which a group of commandos rescued 72 hostages from the residence of the Japanese ambassador after being kidnapped by the Túpac Amaru Revolutionary Movement (MRTA) guerrilla group.

During the ceremony, in a show of defiance, many former commandos did not stand when President Castillo arrived, as is customary at such events, and at least five soldiers reportedly left the area entirely upon his entry to the stage.

“Our nation state is being violated by extremists. Mr. Castillo is a puppet of Mr. Cerrón,” said Jaime Cabrera, one of the former commandos who left the ceremony, referencing Vladimir Cerrón, the head of Peru Libre, the Marxist political party to which the president belongs. 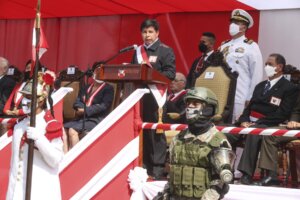 Retired admiral and congressman José Cueto also commented on the actions of the former commandos, affirming that President Castillo “has never had our support.”

“How are we going to support him with everything he is doing and especially the people he is bringing [into the government]? Those are people we fight against,” he said.

Since the 2021 elections when Mr. Castillo won the presidency, he and several members of his political party, Peru Libre, have been accused of having links with the Movement for Amnesty and Fundamental Rights (MOVADEF), an organization recognized as the political arm of the Maoist guerrilla group Sendero Luminoso (Shinging Path).

According to a 2003 report by Peru’s Truth and Reconciliation Committee, “37,800 of the estimated 70,000 deaths in Peru’s 20-year insurgency conflict were caused by Shining Path guerrillas.”

Before the government of Pedro Castillo began, several retired soldiers have spoken out against his administration and the Marxist ideology that the president professes. Some retired soldiers such as José Cueto, José Williams, Roberto Chiabra and Jorge Montoya, who are currently congressmen, are strong opponents of Mr. Castillo’s regime.

In June 2021, former Army, Navy and Air Force commanders sent a letter to the Joint Command of the Armed Forces of Peru (CCFFAA) in which they affirmed the existence of an alleged “electoral fraud” if Mr. Castillo was proclaimed as the new president.

In November of the same year, just over three months after Mr. Castillo assumed the presidency, the former heads of the Army and Air Force, José Vizcarra Álvarez and Jorge Chaparro Pinto, denounced having received pressure from the President and the Minister of Defense, Walter Ayala, to promote some soldiers close to the president.

Mr. Vizcarra, who was removed from the position of General Commander of the Peruvian Army a few months after being appointed, delivered several WhatsApp chats to the Defense Commission of Congress in November 2021 that would prove the pressure he received from the Government.

The case is still being investigated by Congress.

On this subject, the retired general and congressman Roberto Chiabra said:

“The president has made the biggest political mistake of his first 100 days: attacking the institution of the Armed Forces. There is a double responsibility, the policy of the Minister of Defense and the morale of the President,” he said in November 2021.

Last week, a group of former soldiers who participated in the Chavín de Huántar operation marched in the streets of Lima calling for the resignation of President Pedro Castillo.

Carlos Tello, former head of the Navy’s Anti-Terrorist Unit, told the press during the march:

“The metamorphosis that the country has been undergoing is brutal. We must free the 33 million Peruvians from the clutches of this pro-terrorist government,” he said.