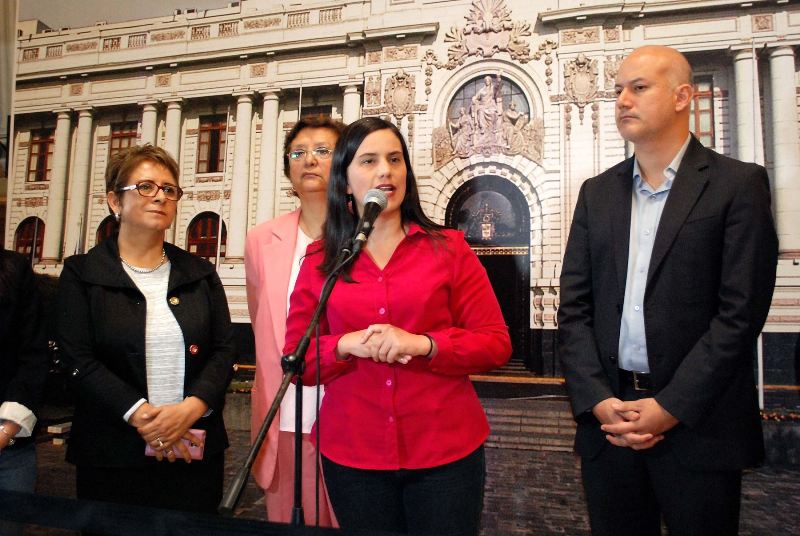 Leftist politician Sergio Tejada has renounced the alliance he made with Peru’s only left-wing presidential candidate, Veronika Mendoza.

While Mendoza and Tejada are Peru’s most popular liberal politicians, neither one alone ever garnered more than 2% support in opinion surveys. Given the political reality, Tejada decided to support the slightly more popular Mendoza in exchange for her Broad Front political party to include politicians from Tejada’s party in its list of congressional candidates.

The coalition announced at the end of December lasted less than one month before falling apart. El Comercio reports that the separation stems from a political event held by Tejada in Lima’s San Juan de Lurigancho district. Mendoza never showed, citing traffic.

“[We] have gone over the political agreement established with the Broad Front throughout this week,” Tejada told Andina. “It is clear that they have not fulfilled the agreement and we have been forced to terminate the relationship.”

“We wish great success for Veronika Mendoza,” Tejada added, after noting that his party was met with “hostile attitudes” and “multiple attacks” from the Broad Front party leaders.

Mendoza counted 2% of voter intentions according to the most recent Datum opinion poll, which was taken before the split with the Nationalist Party defector was announced. Mendoza had not commented on the break at the time of publish.

Tejada is rumored to be in negotiations with rising star Julio Guzman, who shocked Peru’s political scene by surpassing former President Alejandro Toledo for fifth place in two polls released this week. The little-known economist touts orthodox economic policies with a focus on reducing inequality in the highly stratified country.