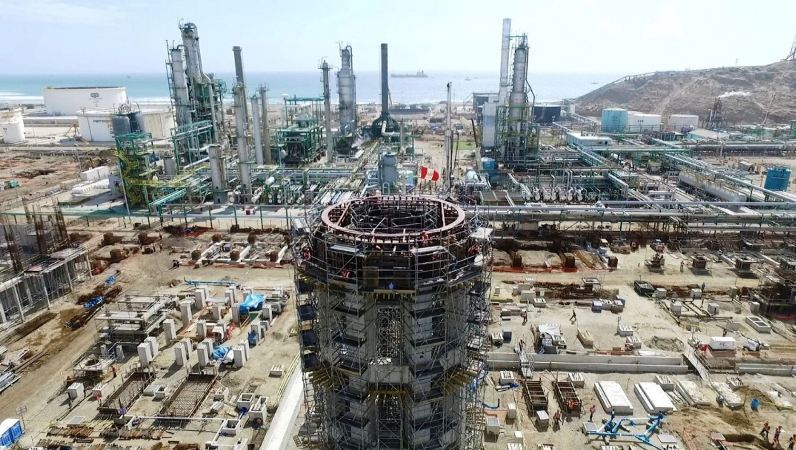 Reuters reports that Peru’s finance minister Gonzalo Tamayo said that Petroperu might sell bonds to continue work on the $3.5 billion upgrade of the Talara refinery in Piura. The state will also inject $320 million in cash from public coffers into the company in exchange for shares which represent a 43% increase in capital stock.

The government has also floated the idea of selling the Petroperu headquarters, a 22-story building in the heart of Lima’s financial district, for $160 million. While it is doubtful any company will pay that in Lima’s over-supplied real-estate market, the moves illustrate a state oil firm gearing up to expand operations while also modernizing outdated infrastructure.

In December President Pedro Pablo Kuczynski issued a decree allowing Petroperu to raise money while transferring control to Fonafe, the state agency which oversees government-owned companies such as electric and water utilities, after two years. The company’s board is currently independent of government control but legally barred from taking on new debt until completing the Talara refinery.

Petroperu is emerging from a chaotic year in 2016 which saw interest from foreign investors dried up amid falling energy prices as the public demanded Petroperu increase investment to produce at Peru’s largest fields. Soon after Congress passed a bill to force the firm to enter a production deal, the Northern Peruvian Pipeline suffered two breaches which contaminated Amazon River tributaries with oil.

The pipeline was shut down in June following a third spill, which paralyzed production at some of Peru’s largest fields. The closure reduced Petroperu’s revenue just as the firm needed extra capital in order to continue the Talara project, repair the 40-year-old pipeline and plan a strategy to enter upstream production for the first time in 20 years.

The decree enacted in December states that the company can enter production and exploration activities only in partnerships with private companies which put up the financial investment. It also authorizes up to up to $400 million in public funding to continue the Talara refinery modernization and repair the oil pipeline.

El Comercio reports that Petroperu hopes to reopen the pipeline which brings oil from the Amazon jungle to refineries on the northern coast in May. Some companies had been sending oil by truck during the closure.

Labor unions and some politicians opposed transferring Petroperu to Fonafe, which falls under Peru’s finance ministry. They call it “privatization in disguise,” or the first step in privatizing the company. Peru’s largest labor union, CGTP, told La Republica the decree will convert Petroperu into a holding company of autonomous business units beholden to private companies they work in partnerships with.

Petroperu made $153 million in earnings on $3.6 billion in sales in 2015. Sales in the first three quarters of 2016 fell 8% while income remained unchanged.

Crude oil prices have risen slightly since OPEC and Russia reached a deal to cut production in 2017. However sustained price increases depend on compliance by member states and can be offset by shale producers in the United States.