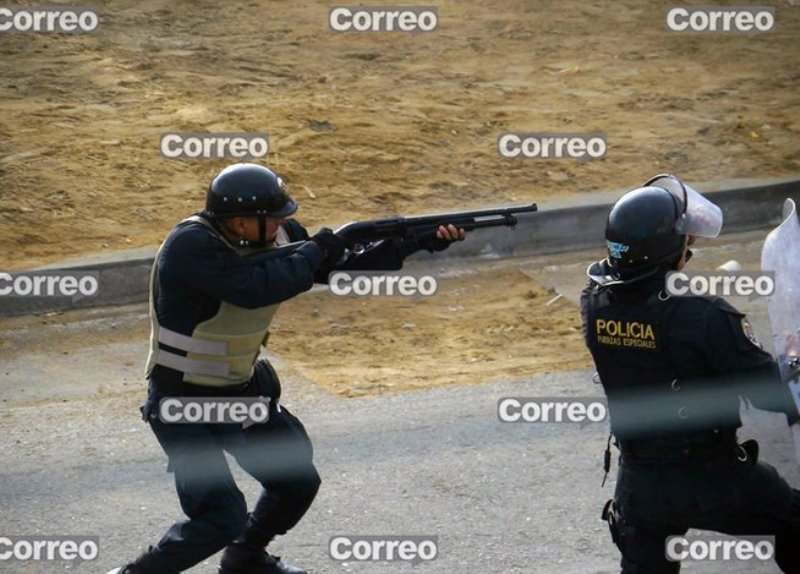 Police fired on protesters against the Shougang Hierro iron mining company in the Nazca province of Ica state yesterday. The protests left one dead and at least 10 injured.

Employees from the local mineworkers union called an indefinite strike last Monday to protest the group dismissal of 85 employees from Shougang’s Marcona iron mine. Some local residents joined the strike to demand that the San Juan de Marcona district manage local water and electricity services, which are currently provided by Shougang.

According to local union leader Julio Ortiz, all of Shougang’s 963 mineworkers observed the strike. “Production has stopped completely. There are no contractors here in Marcona,” Ortiz said.

Protesters blocked a main road accessing the town, forcing buses to leave passengers to walk over two miles to the Marcona district. The strike has prompted the closure of banks, businesses and most markets. Shougang evacuated its employees to the nearby city of Nazca. Some requested shelter at the local marine base.

“We can’t get food. The stores are out of everything. They only sell some products and they have raised prices. They’re breaking windows out of cars that try to leave,” one Marcona resident told El Comercio. She added that only a few police are on hand to control the protests.

“My sister works for Shougang and just like other women, they lived in rooms provided by the company to its workers, and they were attacked. They came in and looted, and broke everything,” one resident told El Comercio. He added that rioters looted not only Shougang employees’ homes but also local residents’.

Police opened fire with shotguns and pistols, killing one protester and wounding at least three others. La Republica reports that journalists were also attacked by protesters in a day that saw at least 10 injuries.

Shougang recently ended its contract with the Coopsol employment agency to start sourcing from another provider. The company states that at least 40 of the dismissed workers were hired back via the new agency. Shougang manager Marco Miranda told La Republica it was impossible to rehire all dismissed employees because “they know the only labor link they have is with their employer [Coopsol]. Not with the main company [Shougang].”

Miranda added that Shougang does not have the power to address the demands of water and electricity. Shougang Hierro has submitted a formal request to Peru’s labor ministry to suspend work for 90 days.

In 2009, a 10-day mineworkers strike in Marcona ended with Shougang conceding a $1 raise in daily wages, a one-time bonus of $412 and increased meal and transportation benefits.