President Castillo’s UNGA speech: A representative office for Peru in Palestine, a call out of coups, and solidarity with Argentina over Falkland Islands 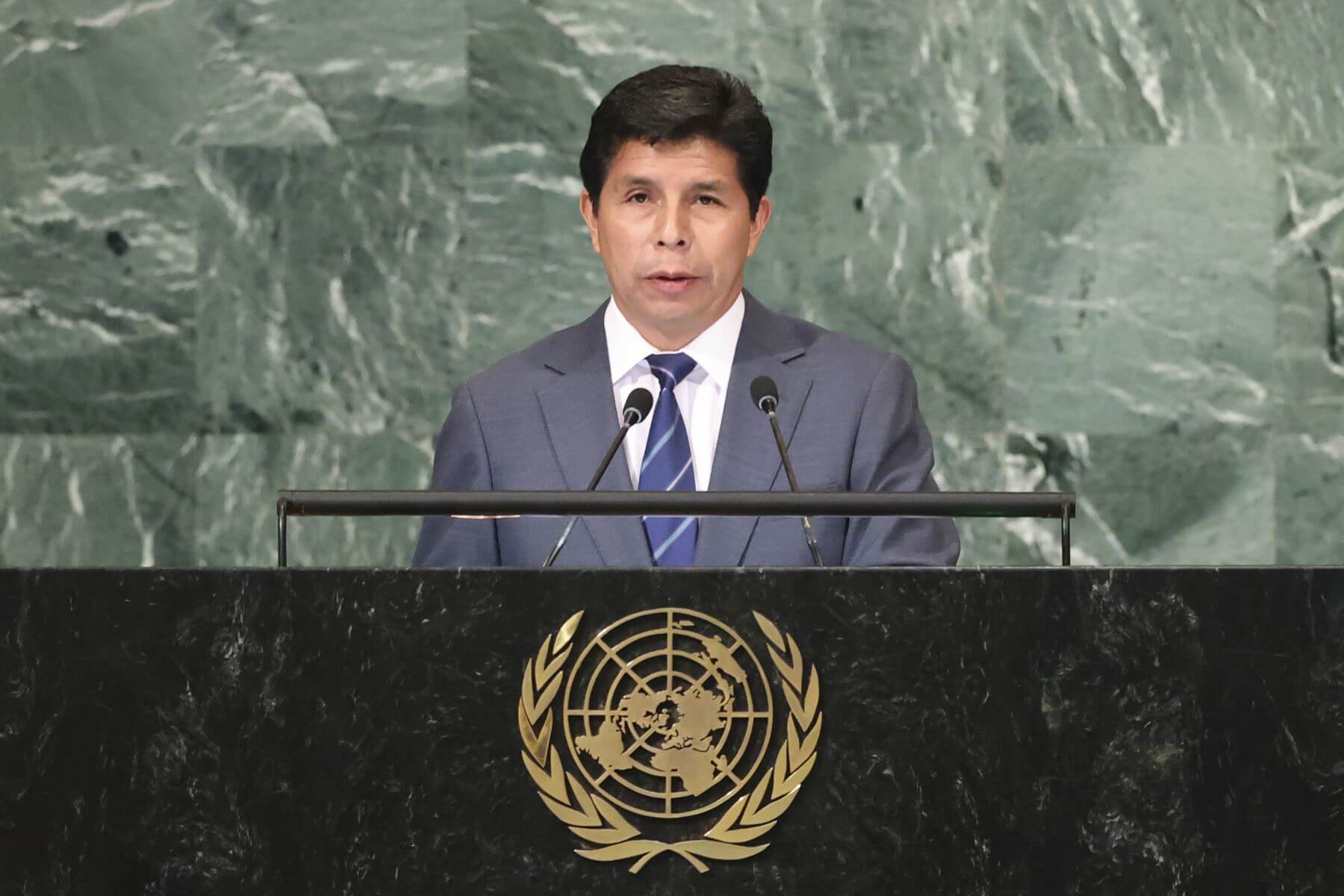 President Pedro Castillo announced on Tuesday at the United Nations General Assembly that Peru will soon open a representative office in Palestine. He also spoke about the political crisis in Peru and condemned coups in all forms.

During his speech at the 77th session held in New York, Mr. Castillo said that it was “indispensable” to find a solution to the conflict between Israel and Palestine.

“It is essential that the international community assume all its responsibilities and promote peace negotiations, to find a solution based on recognizing two states: an independent Palestine, and an Israel with secure borders. Only then will we have lasting peace,” he said.

This September 21, the Peruvian Ministry of Foreign Affairs announced that Minister Cesar Landa met with his Palestinian counterpart Riad Malki, in order to “strengthen bilateral ties and cooperation between both countries, including the opening of the representative office in Palestine.”

During his speech, Mr. Castillo also spoke out against all forms of coups, because “they attack the sovereign expression of the people.” 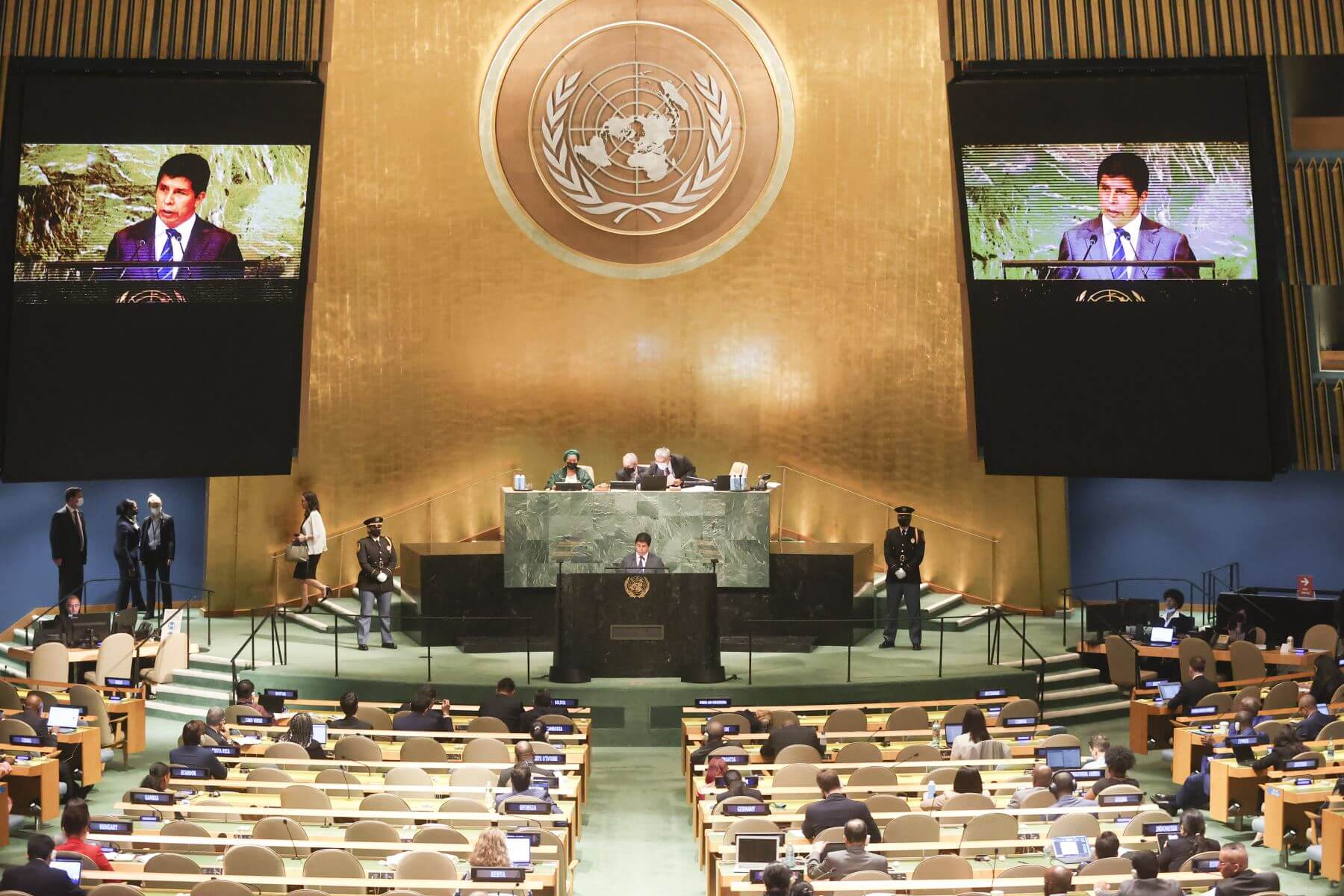 Participation of Pedro Castillo in the UN General Assembly. Image courtesy of ANDINA.

“Coups, whatever their form or the political power behind them, are undemocratic. They undermine the sovereign expression of the popular will,” he said.

The president’s message comes at a time when he’s facing aggressive attempts from his opposition to remove him from office, including discussions in Congress to launch a third impeachment campaign against him; six investigations into him by the Public Ministry – four of them related to his alleged role in heading a corruption ring – and constant instability for questionable appointments to high positions; Mr. Castillo has appointed 70 ministers in just over a year of administration, a record in Peru.

Ending his speech, Mr. Castillo said, “any crisis of governability or confrontation between the branches of the State must be resolved through dialogue and full respect for the electoral results.”

At another point in the speech, the Peruvian president recalled that Peru recognizes Argentina’s sovereign rights over the Falkland Islands and demanded that negotiations begin to make this happen. 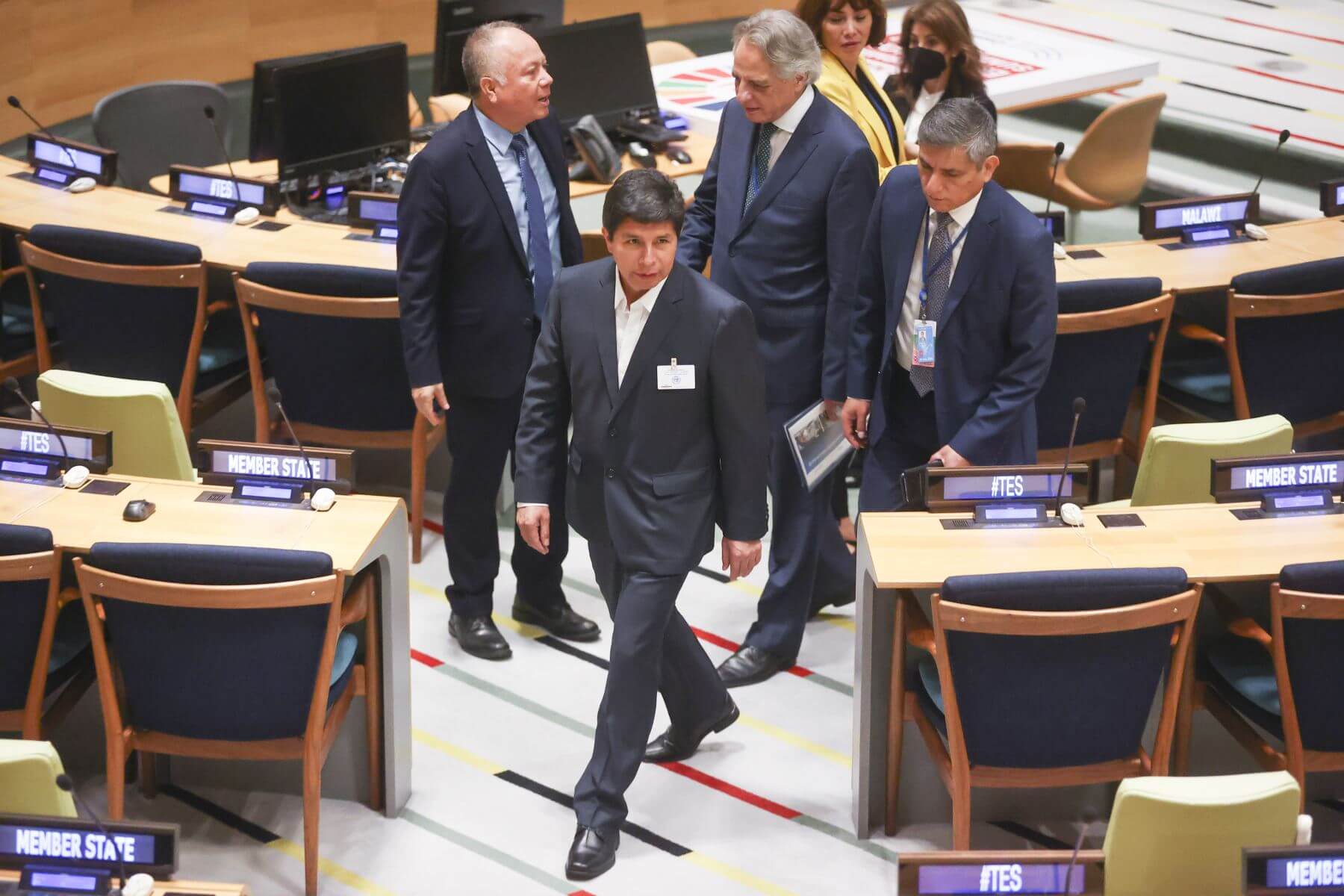 Participation of Pedro Castillo in the UN General Assembly. Image courtesy of ANDINA.

“Peru fully recognizes the sovereign rights of the Argentine Republic over the Falkland Islands and we demand that the parties begin consultations and negotiations to achieve this goal,” he said.

Peru tried unsuccessfully to be a mediator in the conflict between Argentina and the United Kingdom over the Falkland Islands in 1982. Although Peru’s position has always been in favor of Argentina, at present no event has occurred that could provoke discussion on this issue.