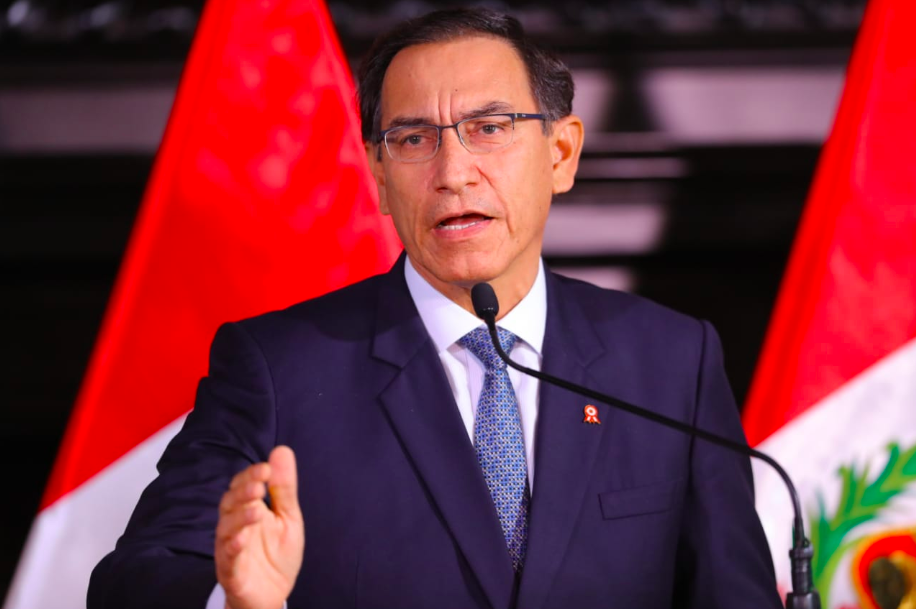 On the heels of a corruption scandal involving Peru’s head magistrates, President Martín Vizcarra announced Wednesday that he is creating a commission that will look to reform the country’s judicial system.

The President has made anti-corruption regulation one of his major platforms after taking over for the disgraced Pedro Pablo Kuczynski earlier this year. He announced that the commission looking into possible judicial reform will meet July 28 in front of Congress to address the current scandal happening with the country’s magistrates.

Audio tapes were recently released in which magistrates on Peru’s National Magisterial Council (CNM) and Walter Ríos, the President of the Superior Court of Callao, were heard discussing possible bribery schemes that involved granting benefits to personal friends.

Vizcarra did not hold back in his Wednesday speech, saying that Peru cannot just continue to punish individual officials and act like the system as a whole is not compromised.

“We can change out bad officials,” he said. “But we will never advance if we stay with the same networks and practices that corrupt and poison the judicial administration. We are going to cure this disease.”

Vizcarra added that the commission will be made up of a team of judicial experts who are “recognized not just for their professional trajectory, but for their ethics.” He did not, however, specify on exact names of who will make up the commission.

Vizcarra has requested Congress to enact Article 157 of the Constitution, which states that head magistrates can be removed due to grave circumstances, to ultimately remove the offending judges and magistrates who were involved in the corruption allegations.

“There is no time to lose and we are acting swiftly and with severity to generate the changes that all of Peru desires,” Vizcarra said. “There is no security without a good justice system and, without that, there is no institutional stability, investments or economic and social developments. There is no way forward with corruption.”

Could this climatized dome help change lives in southern Peru?