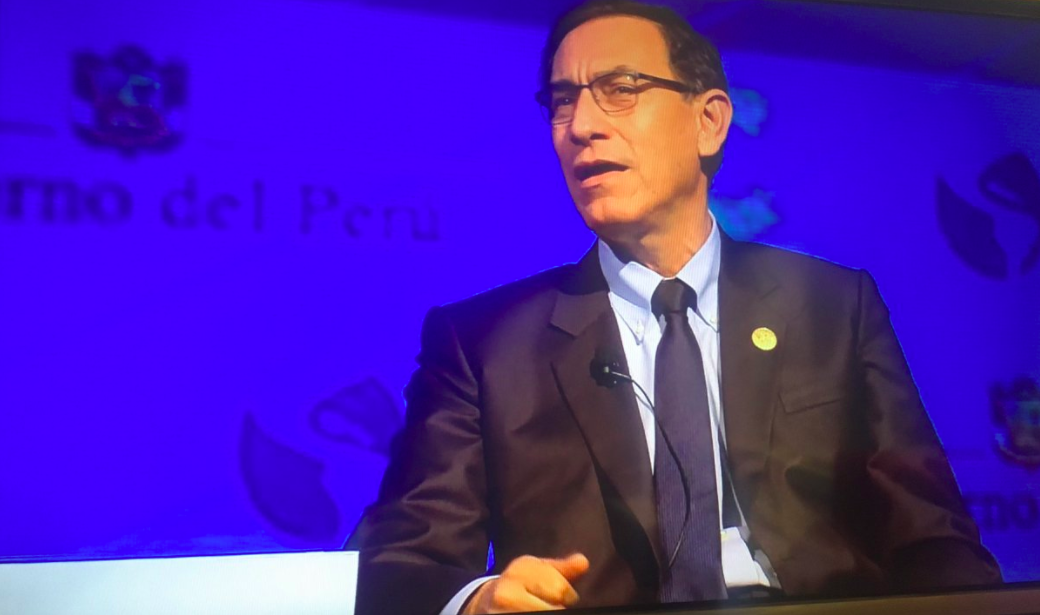 President Martín Vizcarra said on a televised interview with RPP news channel Monday morning that Odebrecht should not be able to continue working within Peruvian borders. This declaration comes despite the recent agreement between the Public Ministry and the tainted Brazilian conglomerate to maintain the possibility of bidding on contracts and carrying out public works.

“I don’t agree because its a company that has accepted that its committed grand acts of corruption,” Vizcarra said on the TV news program. “I think that Odebrecht has been a company that has contaminated private activity. There are so many businesses that are very respectable but now there’s distrust on their end.”

Odebrecht has been heavily involved in Peru, where it admitted to using bribes to secure at least three major infrastructure contracts: the Southern Gas pipeline ($480 million), the Chacas Highway ($80 million), and the South Interoceanic Highway ($540 million).

The Brazilian engineering firm has also led to charges of bribery against multiple ex-Peruvian presidents and politicians that were involved in dealings with Odebrecht.

Vizcarra previously criticized the Public Ministry on Friday, saying that it wasn’t strong enough to fight corruption. Ultimately, however, he added that he would respect the institution’s independence and not get involved with its decision making.

“I independently respect the agreements that may come about between Odebrecht and the Public Ministry,” Vizcarra added in his Monday interview. “It’s fine that Odebrecht could bid, but this is my position.”