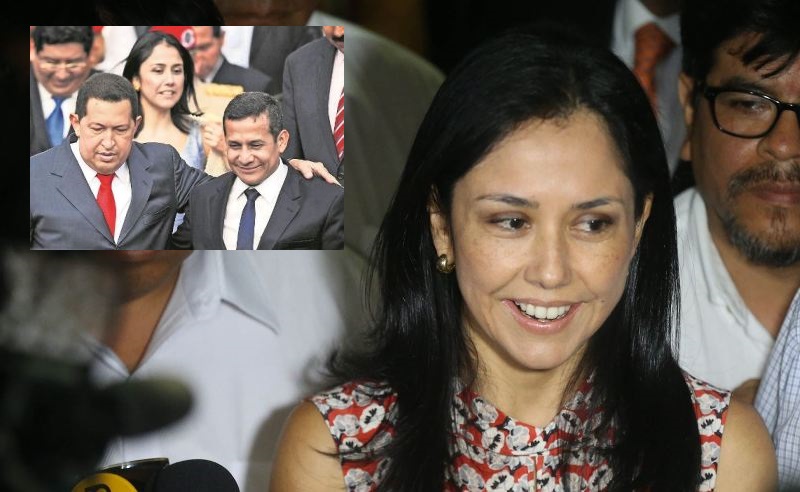 A judge in Peru has prohibited first lady Nadine Heredia from leaving the country during her trial for money laundering charges.

Judge Richard Concepcion granted prosecutor German Juarez’s request for an international travel ban for Heredia as well as her brother Ilan Heredia, who served as the Peruvian Nationalist Party’s treasurer, and her friend Rocio Calderon.

In addition to barring them from leaving Peru, each defendant must also pay a $15,000 bond, sign in every month at the courthouse. They are also prohibited from changing their residence or consuming drugs or alcohol.

Juarez argued that each of the defendants posed a significant flight risk once the government of President Ollanta Humala ends on July 28. In granting all of the prosecutor’s requests, the judge cited both Heredias’ “obstructionist attitudes” in the preliminary investigations and depositions.

“This hearing should concern us all because they are using intimidating means against anyone,” Heredia told reporters after the ruling. “There has been a widespread dissemination of the prosecutor’s arguments the intention of affecting my reputation and discrediting me before the citizenry.”

“I’ve always been here to respond to this investigation and I will stay here. I’m not running. I have participated in more than 11 investigations, all with political tainting. I will stay in Peru with my family.”

“The case is politically tainted,” Heredia’s lawyer Roy Gates said. “The ruling is an exact copy of the prosecutor’s request.”

Gates added that he would appeal the judge’s ruling.

Juarez has investigated Heredia for alleged money laundering in the Peruvian Nationalist Party since October. Juarez argued that the party was financed by the Venezuelan government under late President Hugo Chavez and the legally embattled Brazilian construction company, Odebrecht.

Juarez alleged that Chavez used shell companies and false work contracts to transfer money. He also sent cash via a trusted courier who is a cooperating witness in the case, according to Juarez. In a development that made headlines throughout Peru, the prosecutor produced a letter from the witness allegedly written by Chavez during Humala’s failed 2006 presidential campaign.

The letter states a trusted courier is delivering $600,000 for the final months of Humala’s runoff campaign against Alan Garcia. Chavez also asks Humala to provide an expense report for $2 million he had previously donated.

“Let’s not communicate by telephone or email, and burn any letters for the good of everyone, brother,” the letter states. “This is revolutionary, socialist help from my heart. It seems the intelligence agencies have intercepted the cell phones and emails of all our embassy officials. Don’t you or Nadine go to the embassy anymore, or to San Isidro, you know where.”

“From now on all communication will go through Delta Sur, and finally I’ll send some intelligence agents to consult and protect you. Your brother says farewell, a Bolivarian salute and victory always.”

“The letter is fake,” Heredia told RPP. “There are two main differences between this and multiple documents signed by President Hugo Chavez. Hugo Chavez never said ‘brother’, he said ‘companion’. [More importantly], in the alleged letter he refers to ‘together with Gran Colombia’. That is completely absurd in reference to Peru because Peru never belonged to Gran Colombia.”

President-elect Pedro Pablo Kuczynski seemed to backtrack in telling reporters that he was not sure that Venezuela’s government bankrolled Humala’s 2006 campaign. He had previously stated that, as Cabinet chief during the government of President Alejandro Toledo, he received intelligence reports that Venezuelan diplomats were arriving with suitcases of cash for the Peruvian Nationalist Party.

“To me it wasn’t certain,” Kuczysnki told El Comercio. “We suspected, but no bag was ever opened. By law, diplomatic luggage is untouchable.”

Juarez also argued that another $10,000 came to the Peruvian Nationalist Party from OAS, a firm which later won a contract to build a public hospital in Cusco.

Juarez believes the money was used to finance political campaigns and for the purchase of the couple’s home in Lima’s upscale Surco district.