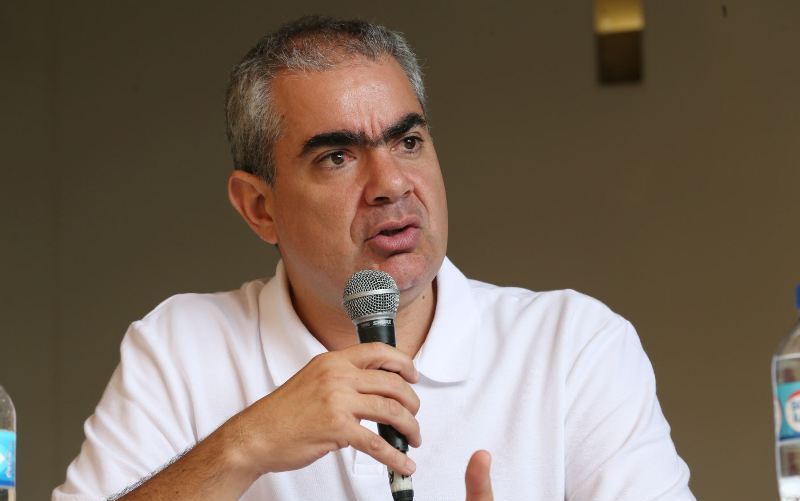 Peru’s elections authority, ONPE, has issued three recall petitions in the Lima metropolitan area. One looks to remove Lima mayor Luis Castañeda, who is fairly safe with approval ratings of over 60%. Another petition concerns a tiny beach community far from the city, and the third looks to unseat San Isidro district mayor Manuel Velarde.

Velarde has implemented a series of reforms popular among urban-development enthusiasts. Most notably, he removed a parking lane from Los Libertadores street in order to widen the sidewalk and build a bike path. He has removed parking spaces in other areas to expand public parks and plant trees.

The city has built bicycle parking racks on sidewalks and even implemented a “car-free day” on the 22nd day of every month. Velarde, a lawyer with experience in Peru’s finance ministry and at the SUNAT tax authority, commutes to San Isidro’s city hall on bicycle, as do 70 other city employees, up from just two before Velarde took office.

While these measures are generally popular in Latin America, where a minority of residents own cars, Velarde’s constituency in San Isidro is disproportionately comprised of those car-owners poised to lose public space.

One San Isidro resident in favor of the recall told El Comercio that Velarde’s green-space initiatives would attract unwanted visitors from the middle-class districts of Lince and Magdalena del Mar.

“We won’t be able to park our cars anymore,” recall leader Gonzalo Garcia told El Comercio. “We pay our taxes and we pay for our quality of life. The bike paths are taking space away from residents.”

To call a referendum on Velarde’s term, the petition must get 18,770 signatures, just over a quarter of San Isidro’s 68,000 residents. El Comercio reports that the petition currently has 1,500.

Velarde, a member of the fledgling Popular Christian Party, says that the recall movement is a partisan scheme. Velarde won just under 30% of the popular vote in 2014 municipal elections, defeating Popular Force candidate Madeline Osterling by less than 1,000 votes. The recall “kit” was purchased by a well-known Popular Force attorney based in San Isidro.

“There is an obvious political interest behind the petition,” Velarde told El Comercio. “We already knew that, as soon as it was eligible, the people we defeated in the elections would get one.”

The recall movement will have use other of Velarde’s less popular initiatives to mobilize support for a recall. He closed Paseo Parodi for 70 days in order to upgrade a small park, plant trees and repair potholes. He also closed Rivera Navarrete avenue, a major thoroughfare in Lima’s commercial sector, for almost a year ago to build an underground parking lot.

Velarde also spearheaded a city ordinance which would remove currency vendors from the sidewalks of the district home to the country’s financial sector, after one was killed in a high-profile robbery in broad daylight.

Younger residents agree with Velarde’s initiatives, which is evident in the increasing number of cyclists in the historic enclave for Peru’s elite. And while the urban-development ideas championed by Bogota mayor Enrique Peñalosa, one of the architects of Lima’s bike path network, are popular among the lower classes who don’t own cars, they are also popular among the more liberal, younger generations of upper-class families.

“Since [the election], some of the losers launched a fierce opposition, first to not recognize the results and now to promote a recall,” Lima councilman Augusto Rey writes in Correo. “The logic that motivates them can be summed up in the slogan, ‘San Isidro should remain San Isidro’. In other words, that nothing changes and that the status quo is maintained.”