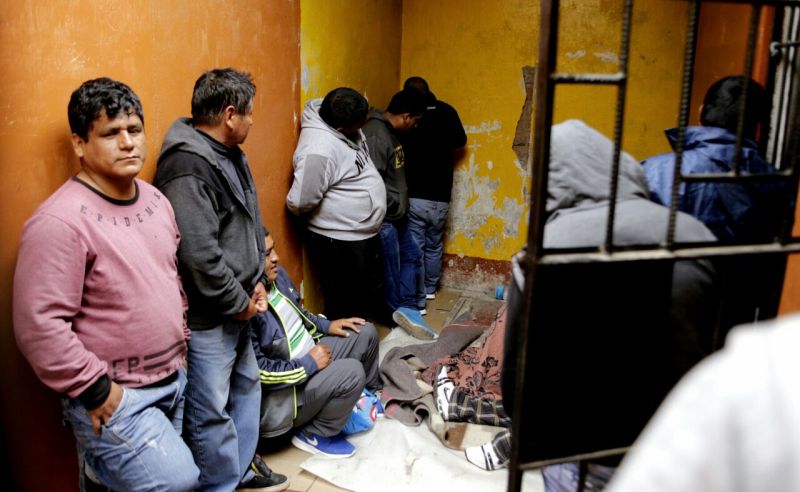 A judge in a rural province outside Lima ordered the release of 29 members of the Monkeys of Quepepampa gang over the weekend. Judge Ismael Orozco said the 29 suspects, including three police officers from Chancay, did not pose a flight risk given the $3,000 bail posted by each one.

An investigation involving 500 police officers and 50 prosecutors culminated in the Oct. 13 raids of 43 homes in the towns of Chancay, Huaral, Huacho, Aucallama and Barranca, as well as in metropolitan Lima. The gang is being charged with murder, extortion, criminal conspiracy, aggravated robbery, aggravated burglary, illegal possession of firearms, arms trafficking, bribery and obstruction of justice.

“There was more than enough evidence to [keep the suspects in jail],” interior minister Carlos Basombrio said. “Many of them are hired killers. Today there are people whose lives are in jeopardy because people with criminal records were freed.”

Peru’s justice department has appealed the decision. Basombrio has demanded an investigation of Orozco and called on Victor Ticona, president of Peru’s court system, to punish judges who issue questionable rulings and prevent them from hearing high-profile criminal cases.

All 26 of the men released who were not police officers had criminal records, including for homicide and extortion. One prosecutor told El Comercio that a 2011 statute says membership in a criminal gang is grounds for preventive jailing.

“This is a gang that has ravaged [provincial Lima] for years, affecting towns like Chancay, Huaral, Huacho, Aucallama and Barranca. It is made up of extortionists, hired killers, hardened criminals,” Basombrio told El Comercio. He added that the ruling was a setback for the fight against crime and corruption.

“They are to go on the lam and will continue to commit crimes. We’ll have more hired killers, more extortionists. They will be able to retaliate against all those cooperated and worked for their arrest. This court decision may result in the deaths of people fighting crime.”

On the same day, judge Angel Mendivil ordered the release of 13 members of the Chiclayo-based gang, Los Norteños y Guarayos, which also committed crimes in Puerto Maldonado with the help of a local police-intelligence agent. Mendivil cited a lack of evidence despite an audio recording of the police officer coordinating the removal of security from a Puerto Maldonado bank just before an armed robbery.

“We are sending a message to the public that the police and prosecutors are working but unfortunately one judge – not the entire judiciary because we certainly have upright judges – one judge has irrationally freed an entire criminal organization which I am sure will continue to cause anxiety in Huaral, Huacho and Barranca,” one prosecutor told La Republica.

In 2015 a judge in Lima was dismissed for freeing over 50 men who invaded and destroyed a private home in Lince. However government officials have been careful not to say there is a corruption problem in Peru’s judiciary.