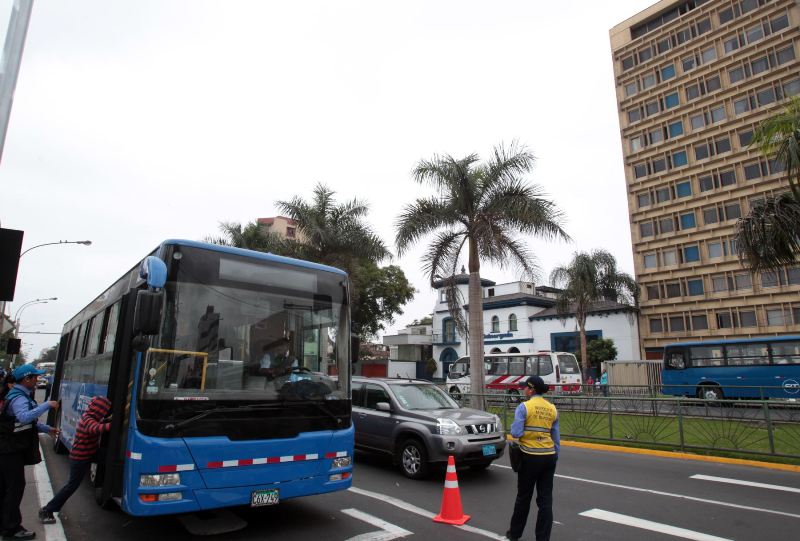 After removing the 40-foot blue buses from various thoroughfares, the city of Lima has reinstated the blue corridor system on key routes in central Lima.

The city of Lima changed course after canceling the bidding process for the blue buses running the Javier Prado-La-Marina-Faucett route last month. The move comes as Luis Castañeda suffers plummeting approval ratings in his third month of office.

Forty of the long blue buses which hold up to 80 passengers will begin service next Saturday. 50% of currently authorized private bus routes on Javier Prado will be revoked, which will effectively remove over 3,000 buses from the avenue which runs east and west through the capital. That represents half of all cars that are normally on the street.

According to Fabricio Orozco, legal consultant for Javier Prado Express, the company providing the blue corridor service, “If the city does not comply with the withdrawal of [buses], it would be committing a breach of contract and therefore have to compensate for economic and financial damages.” Javier Prado Express has invested $25 million in the blue corridor system.

Castañeda’s administration cancelled the routes due to what it called irregularities in the bidding process as well as technical problems with the vehicles. “All the corridors are going. We will be respectful, however I want to say there are a lot of problems of a technical and legal nature,” a representative for the city’s transit authority said on Canal N.