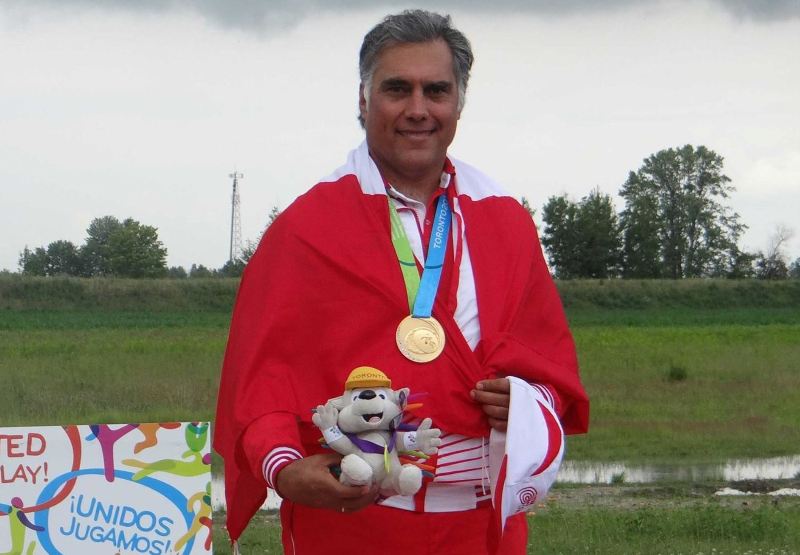 Peru’s seven-time Olympian shooter Francisco Boza faces up to five years in jail on charges of collusion and criminal conspiracy.

The 1984 silver medalist who was Peru’s flag bearer at the 2016 Olympics in Rio de Janeiro served as the president of the Peruvian Institute of Sports (IPD) from 2011 to 2014. He was pressured to resign after news media revealed his ties to jailed influence peddler Martin Belaunde.

Leaked emails showed Boza asking Belaunde to use his influence in Congress to approve $26 million for the Bolivarian Games. Belaunde was the campaign manager and close adviser of former President Ollanta Humala, first lady Nadine Heredia and the Peruvian Nationalist Party.

Boza was arrested in October but released after one day. Last week a court ordered Boza to pay $7,400 in bail and await trial under house arrest.

Prosecutors allege that Boza’s collusion with Belaunde led to Spanish construction company Antalsis, a Belaunde client under investigation in other contracts, winning $208 million in public contracts to remodel the Elias Aguirre Stadium in Chiclayo. Prosecutors are seeking five years in prison for Boza after IPD’s financial imbalances of over $800,000.

Boza maintains his innocence and said he was unaware of Belaunde’s ties with Antalsis. However he has acknowledged to the press that he made a “mistake” in trusting Belaunde.

“I reiterate my innocence. I trust in justice because there is justice in the country,” Boza told Peru 21. “There are things that the prosecutor’s office can not specify. We will continue the process to wait for the resolution … We move forward and [want] to wish you a good year.”

Francisco Boza has appeared in eight Olympic Games, including every season from Moscow in 1980 when he was 15 years old until Athens in 2004. He won the silver medal in the trap shoot in Los Angeles in 1984, and won a gold medal in the 2015 Pan American Games in Toronto.