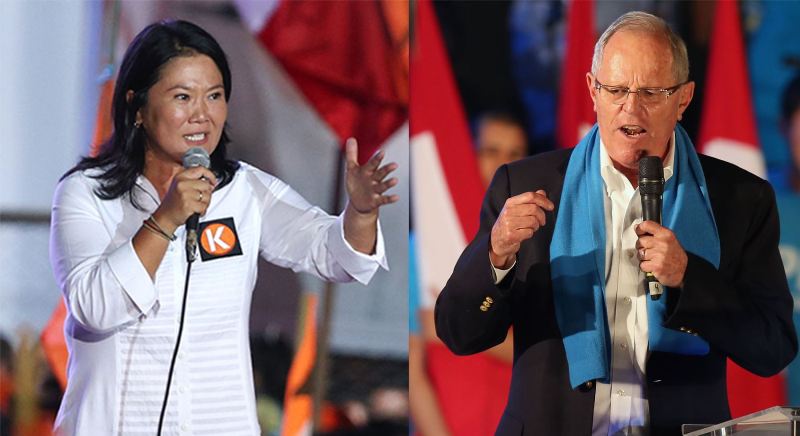 Peruvian law prohibits the publishing of opinion polls during the final week before an election. However the pollsters continue taking opinion surveys, which they share with international media outlets. Three polls seen by Reuters show that support for Fujimori has waned and undecided voters are leaning toward Kuczynski in an election that was previously believed to be all but wrapped up.

“We are reaching a very Peruvian finale to this election, with uncertainty over who is going to win,” Fernando Tuesta, political analyst at Peru’s Pontifical Catholic University, told Reuters. “Anything can happen.”

The latest voter intention data turns the tables on the comfortable lead Fujimori had built in the last two weeks, from three points two weeks ago to as much as six last week. Analysts believe recent scandals in Fujimori’s Popular Force party are playing the spoiler.

On May 15 Univision and Cuarto Poder reported that Popular Force chairman Joaquin Ramirez, Fujimori’s number two at the time, was being investigated by the DEA for money laundering in connection with drug trafficking.

A second scandal emerged when El Comercio revealed that an edited audio recording aiming to discredit the report was disseminated by Fujimori’s running mate, Jose Chlimper. While less serious than drug trafficking, the attempted cover-up may prove more damaging with Peruvian voters given former President Alberto Fujimori’s tactic of bribing the media to attack political opponents.

The scandals energized Peru’s anti-Fujimori movement which twice organized protests which drew tens of thousands to downtown Lima. They also prompted Peru’s first-round presidential candidates to emerge from the sidelines and endorse Kuczynski. Most significantly, leftist leader Veronika Mendoza and economist Julio Guzman have called on voters to choose Kuczynski.

While Kuczynski has the momentum, Fujimori still enjoys a small lead according to all the surveys conducted this week.