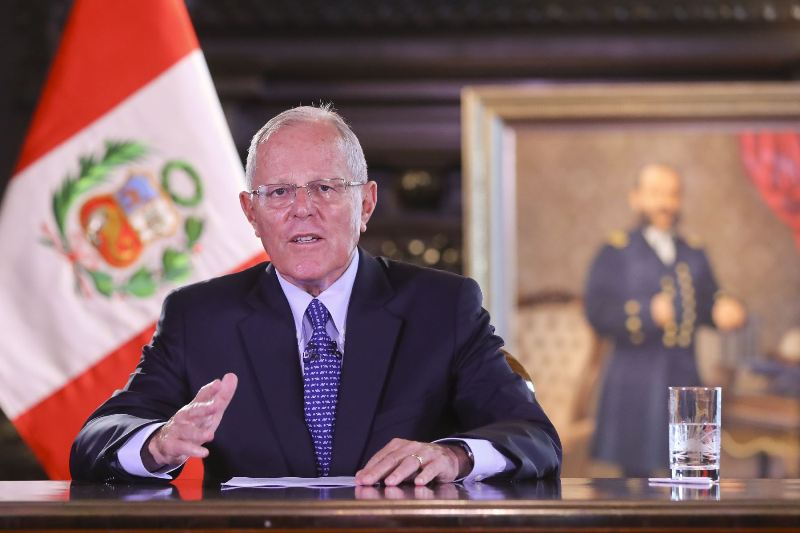 Relations between Peru and Venezuela have further deteriorated after Venezuela’s supreme court shuttered the legislature in what critics called a “coup.”

The Peruvian ambassador to Caracas was recalled in an escalation of the war of words between President Pedro Pablo Kuczynski and Venezuela’s President Nicolas Maduro.

“In view of the seriousness of these events, the government of Peru has decided to withdraw its ambassador in the Bolivarian Republic of Venezuela indefinitely,” read a statement from the foreign ministry.  It called the supreme court’s ruling an”arbitrary measure that violates the rule of law and constitutes a rupture of the constitutional and democratic order.”

“It is unfortunate that in view of the serious problems that the brotherly people of Peru suffer today, heavy rains have left 91 deaths since January, their authorities are dedicated to attack the people of Venezuela,” Maduro added, referring to the floods that have devastated Peru in recent weeks calling the viability of the Pan American games into question.

Kuczynski has emerged as Maduro’s top nemesis as he leads the region in pressuring the socialist government to release “political prisoners” and hold gubernatorial elections. Maduro and Rodriguez accuse Kuczynski of calling for an invasion of Venezuela.

“That is false information and it is also implausible,” Cabinet chief Fernando Zavala told El Comercio. “To think that the president has suggested an invasion is somewhat ridiculous.”

“The resolution of the supreme court of justice breaks the democratic balance in Venezuela. It is time to listen to the Venezuelan people to recover democracy and relaunch the process of social transformation,” Mendoza stated on Twitter.