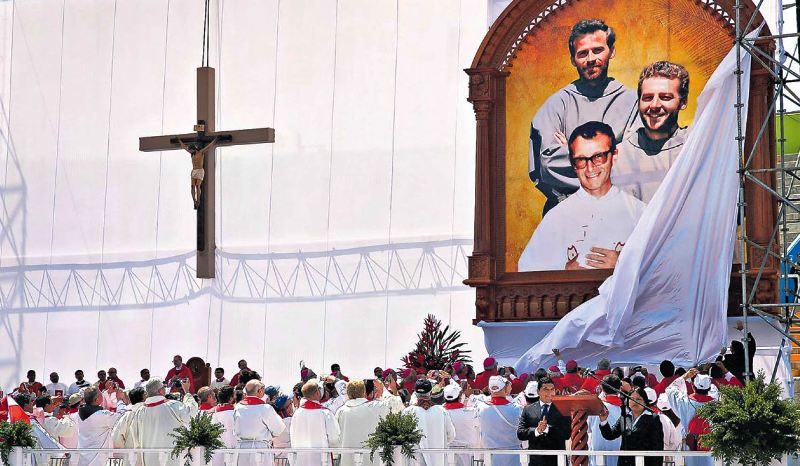 Three priests who were murdered by Shining Path rebels in 1991 became Peru’s first martyrs beatified by the Catholic church on Saturday.

In 1991 Shining Path rebels murdered Polish priests Miguel Tomaszek and Zbigniew Strzalkowski as well as district mayor Justino Maza in the Huaraz province of Ancash, leaving a letter which read, “This is how servants of imperialism die.” Two weeks later rebels murdered Italian priest Alessandro Dordi in the Santa province.

“The Chimbote diocese received the threat that its priests would fall one by one,” Chimbote bishop Angel Simon told El Comercio. “The first attack was against a Spanish priest who was left for dead, but he survived. Then the two Polish and Italian were murdered.”

“Let these martyrs’ in faith in Jesus give strength to all of us, but especially to the Christians persecuted in various parts of the world, to bear witness with courage from the Gospel,” Pope Francis said from the Vatican.