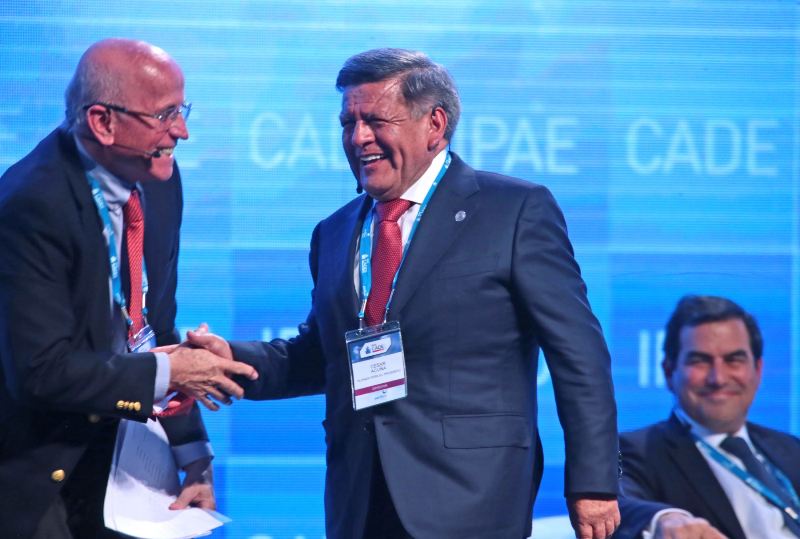 In the latest opinion polls in Peru, presidential candidate Cesar Acuña rose to 12% while Pedro Pablo Kuczynski fell to 14%.

Given the margin of error is 2.8%, the second-place Kuczynski and third-place Acuña find themselves in a statistical tie just four months before general elections on April 10. The candidate which takes second will most likely face leading presidential candidate Keiko Fujimori in a runoff.

Acuña’s growth came almost entirely from an erosion in Kuczynski’s support. Acuña gained three points while Kuczynski lost five. The survey was taken from Nov. 27 through Dec. 3, the week after newspapers published reports of alleged spousal abuse from Acuña’s ex-wife.

“We are receiving this with humility, calm,” Acuña told Peru 21. “We are not celebrating. In this country, you have to recognize that the results are delivered on April 10 at 4 p.m. Then we will know which of the two candidates will go to a runoff. But in the days that remain we are going to work as hard as we can.”

Acuña seems to be benefitting from a historic distrust of interests within the nation’s capital. While support for Kuczynski in Lima more than doubles that for Acuña with 20% to 8% respectively, the latter’s strength comes from Peru’s smaller cities and rural regions. Acuña beats Kuczynski by more than 10 points in Peru’s northern and eastern regions and by one point in the central and southern regions.

In what may be an attempt to capitalize on his image as an outsider, Acuña has struck a decentralizing tone in calling to empower state governments.

“Under my management as president of Peru, the finance minister will be at the service of regional and local governments,” Acuña said in an interview with El Comercio.

When asked why they supported Acuña, 31% of survey respondents cited the fact that he was new and an outsider deserves a chance. The second most popular reasons for Acuña’s support, with 17%, was that he was a successful businessman as founder of Cesar Vallejo University.