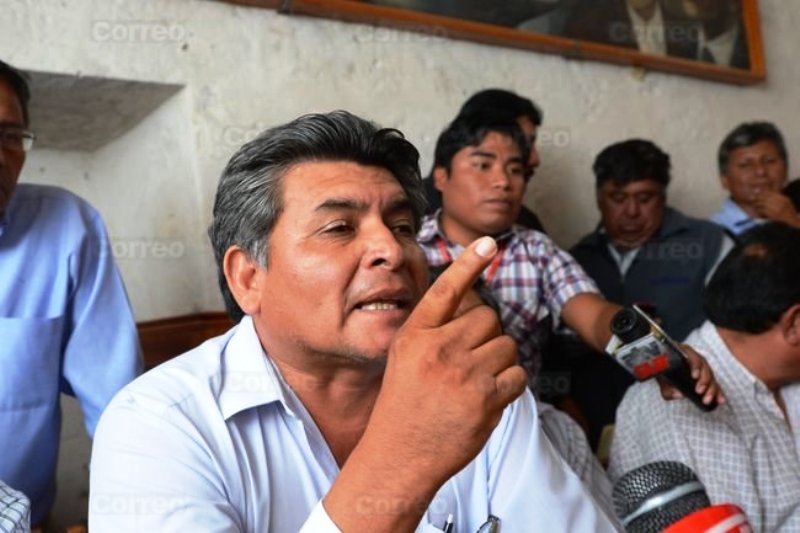 A key opposition leader to the Tia Maria copper project in Arequipa was removed from his office of district mayor by Peru’s national election commission yesterday.

Dean Valdivia district mayor Jaime de la Cruz was declared ineligible to hold public office because he is currently serving a suspended prison sentence for impeding public services when he blocked a key highway in 2011 protests against Southern Copper’s $1.4 billion copper project in the Tambo valley of Islay province.

“I only supported the people. I didn’t kill, I didn’t steal, I didn’t rape. There is no video where you see me blocking highways. Even though I haven’t been notified, I will accept the National Election Board’s decision, but today I will present an appeal,” de la Cruz said in a radio interview. He added that his dismissal was political persecution from the national government.

A legal expert told Correo that de la Cruz’s appeal is unlikely to succeed. “The causal link is sound and that’s the sentence. The board won’t need one or two weeks to decide, and it will most likely confirm [the ruling]. The only thing [de la Cruz] will achieve is prolonging his agony.”

Removing de la Cruz from office is the latest move in the government’s strategy of handicapping the anti-mining leadership in Arequipa. Two weeks ago, the national comptroller reported local officials misused public resources to support the protests after freezing Islay municipal bank accounts.

Anti-mining leader Pepe Julio Gutierrez was jailed for nine months after audio recordings were released in which he allegedly solicits a bribe from Southern Copper to end the protests. In the recordings, Gutierrez names Jaime de la Cruz and Jesus Cornejo as co-conspirators. A judge has fined each of them $1,576 and $2,364 as investigations continue into what prosecutors allege is a criminal conspiracy to extort the Mexican-owned mining company.

President Ollanta Humala’s declaration of a state of emergency in Islay province implemented martial law for 60 days, effectively ending Tia Maria protests which had rocked the region for two months. The state of emergency which suspends citizens’ constitutional rights expires on July 23.

Indefinite protests which began March 23 have led to four deaths, including one police officer, and over 200 injuries. Three were killed in 2011 Tia Maria protests. Negotiations have failed as opposition leaders have demanded that Southern Copper abandon the copper project.