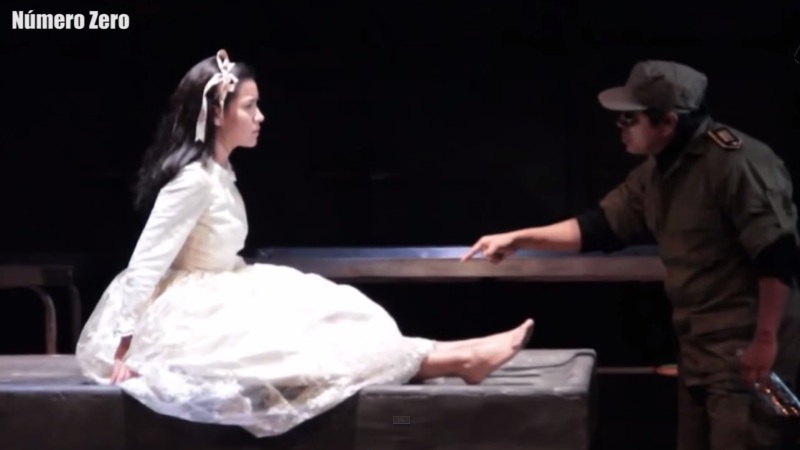 Peru’s government has replaced its top anti-terrorism prosecutor five months after controversial remarks he made about a Peruvian play.

In January, Galindo told RPP that he intended to file charges against the producers of the La Cautiva play as terror apologists. Peruvian law does not extend freedom of speech toward legally recognized terrorist organizations. Terror apology is punishable by six to twelve years in prison.

“The [terrorism] apology is a suggestive exaltation or the warm compliment; it is praising with enthusiasm,” reads the Peruvian statute on terrorism apology. “[The terrorism] apology does not consist of an act of incitement. It does not aim to inspire another to decide to commit a crime … [The apology] legitimizes criminal acts and, above all, the strategy of armed groups.”

“La Cautiva,” which was written by Luis Leon and directed by Chela de Ferrari, premiered last year at Larcomar’s Teatro La Plaza. The play focuses on the crimes of Peru’s military forces during its armed conflict with the Shining Path guerrilla army in 1980s Ayacucho.

Galindo, who had not seen the play, said, “I have information from people who have seen it. At times in the play they praise the Gonzalo doctrine, Abimael Guzman and terrorist acts. They also sing the Shining Path hymn.”

Galindo announced just a few days later that he would not file charges. In addition to the media uproar defending the acclaimed play, the government’s culture ministry issued a statement endorsing the play. According to the statement, “La Cautiva” is “a creation of cultural character … inspired by facts that form part of our recent history,” which “stimulate the formation of a more participative and democratic citizenry.”