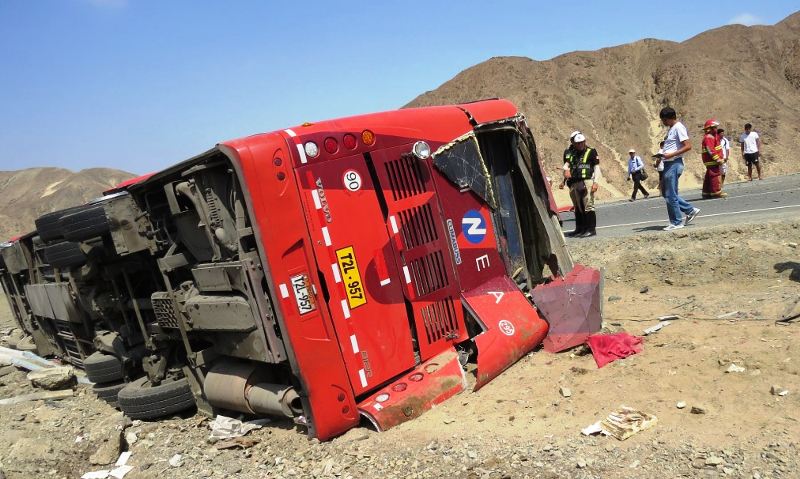 A small bus suffered a head-on collision with a commercial truck on the Panamericana Norte highway in the Viru province of La Libertad, just north of Chimbote. All four bus passengers were killed. At the time of publish, it is not clear which vehicle veered into the other lane.

Less than 24 hours later on the same highway, a regional bus carrying 45 passengers from Trujillo to Chimbote ran off the road and rolled down a hill just 15 miles away. Fifteen passengers were killed and more than 20 injured.

“Exactly what caused the accident is not yet known, but it is presumed that the driver fell asleep,” a police official told Andina.

Fatal traffic accidents are common in Peru, where hundreds are killed every year. Most of the fatalities occur on poorly maintained rural mountain highways.