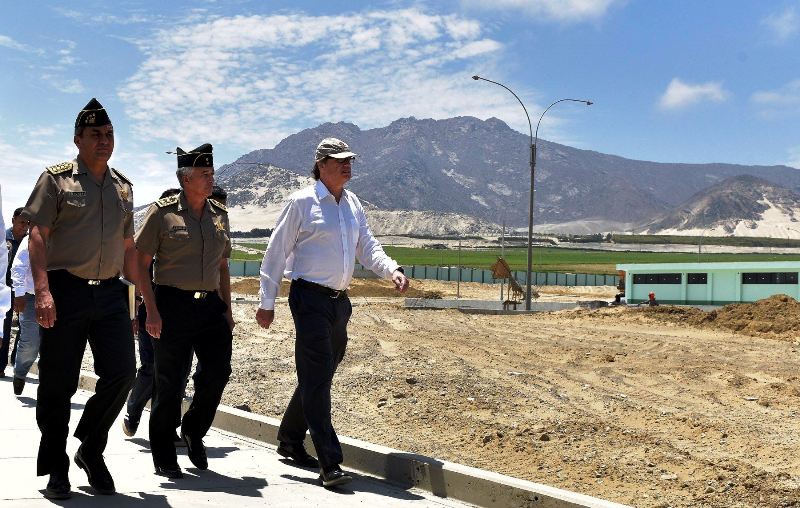 Basombrio has selected Trujillo’s La Esperanza, Florencia de Mora and El Porvenir districts, which were home to some of Peru’s first juvenile gangs engaging in murder-for-hire and extortion, as the testing grounds for the new program.

“Where everything began, the beginning of the end,” Basombrio told reporters. “If we can reduce crime rates in these districts, we will tell the country that we can do it [anywhere].”

Basombrio said that the program includes social programs for at-risk youth and impoverished communities such as after-school programs, drug treatment and job training. Other focuses include reclaiming public space from illegal industries and promoting communication between government agencies.

Last month Basombrio told Canal N that Peru’s education and culture ministries were also involved in the program to offer dance programs, local cultural initiatives and special scholarships for students from these communities.

The Safe Neighborhood initiative is part of the government’s wider strategy to reduce rising crime, which also includes a reorganization of the police force and a rewards scheme for informants.

“Trujillo needs priority attention from the state and I think it is an obligation we have as a country, because these districts are where the problems of murder-for-hire and extortion began,” Basombrio said.

“Hopefully this time we have concrete results for the good of our neighbors and the province of Trujillo,” La Esperanza district mayor Daniel Marcelo told La Republica. Marcelo is one of several Trujillo politicians who have called for the military to patrol the city streets.

The program has been met with skepticism. Victor Larco district mayor Carlos Vasquez called Basombrio’s visit “more of the same,” adding that his district cannot buy police vehicles or equipment because of reduced mining royalties. Basombrio said that the program will deliver new patrol vehicles and upgraded police stations.

With 135 murders in 2015, Trujillo trailed only Lima with 443 and Callao with 154. The La Esperanza, Trujillo and El Porvenir districts have three of the five highest murder rates in Peru.

“Safe Neighborhood” will be tested for one year before authorities assess its results.

Basombrio has acknowledged that, while overhauling the police force and implementing innovative prevention programs can be effective, Peru lacks at least 25,000 police officers on the national level. Rising crime was voters’ top concern in 2016 elections which saw Pedro Pablo Kuczynski elected president.