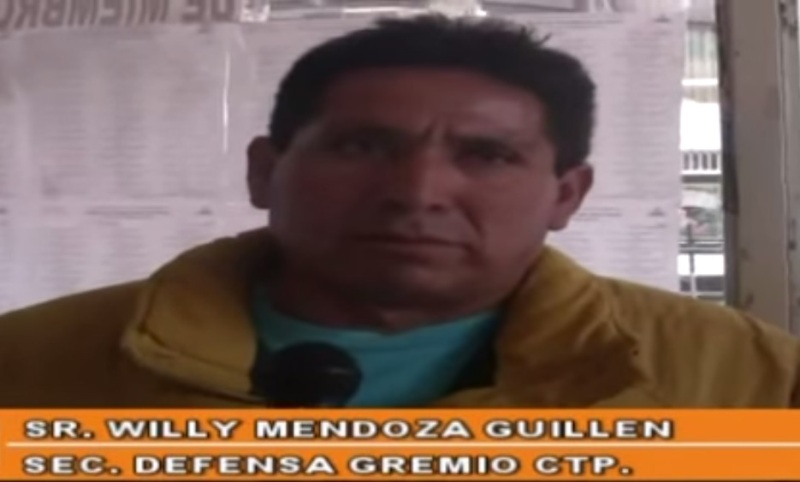 The leader of a local construction workers union was assassinated in the Huaral province of Lima on Saturday.

As Willy Mendoza was talking with his neighbor outside the front door of his home, two young men pulled up to the house on a motorcycle. They asked for Mendoza. When he identified himself, they opened fire.

Mendoza and his neighbor died from the gunshots they received. The assailants also shot Mendoza’s wife after she tried to stop them.

Police arrested two men in connection with the murder on Sunday. Witnesses identified one as a gunman and police believe the other man hired the killers.

Mendoza had received death threats in the weeks leading up to his murder.