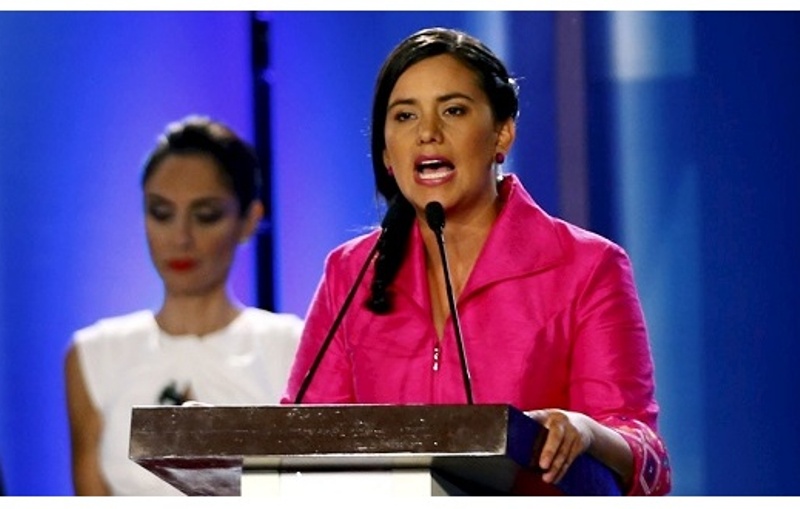 Peru’s currency and equity markets have fallen drastically on news that leftist candidate Veronika Mendoza may qualify for a runoff in 2016 presidential elections.

The sol had strengthened 5.8% in March to a four-month high of 3.318 per dollar when Datum published a poll on April 1 showing Mendoza in a statistical tie with investor-favorite Pedro Pablo Kuczynski to qualify for a second round. The surge of the candidate who wants to rewrite Peru’s Constitution and increase public spending by more than 50% prompted sharp drops in the sol and Peru’s stocks.

The sol fell 1.1% to 3.347 for the steepest one-day decline in almost three years. The iShares MSCI All Peru Capped ETF, which had been touted as the world’s best performing index fund in 2016 the day before the Datum poll was published, fell 1.9% on Friday and another 1.5% on Monday after Mendoza’s strong debate performance Sunday night.

The Lima stock exchange’s 2.4% fall in two days of trading reflects a domestic and international finance community worried about the effect a Mendoza government would have on Peru’s economy.

“If Mendoza were president, all of the markets would be overvalued,” Credicorp Capital Colombia’s investment officer Alfonso Montero told Bloomberg. “The best scenario would be Brazil and the worst is Venezuela.”

The weakening of the currency already battered for three years inspired the hashtag, #CulpadeVero, which translates to “Vero’s fault.”

Mendoza has advocated bringing the central bank under the government’s control in order to offer easier credit and tightening environmental laws in Peru’s mining-dependent economy. Critics say politicizing the central bank could prompt high inflation and metals production should be increased to compensate for falling prices.

“[Mendoza and her advisers] do not understand the market’s lack of confidence in a Mendoza government,” Kallpa Securities general manager Alberto Arispe writes in Semana Economica. “If Mendoza wins without moderating her message, something she has already announced she won’t do, many Peruvian and international investors will take their money out of the country.”

In early trading today the sol fell to 3.361 against dollar and the iShares MSCI All Peru Capped index fell 0.9% before making back most of the losses by the time of publish.

This Little-Known Peru ETF Is on Top of the World, Thanks to Gold (Bloomberg)