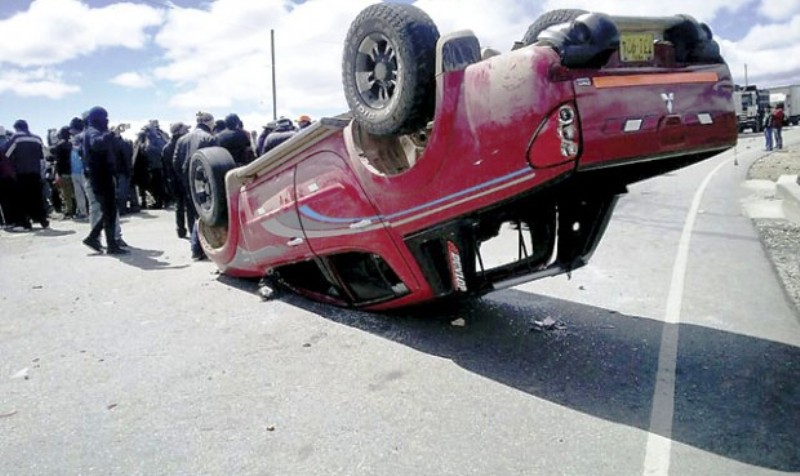 Workers for the Mota-Engil contracting firm had blocked a key access road to the Lagunas Norte gold mine in the Quirulvica district of Santiago de Chuco province for 18 days to demand better working conditions from the third-party company hired to perform construction projects for Barrick.

At 3:30 a.m. yesterday, police arrived on orders from the public ministry to clear the crowds. Over 250 police used tear gas which proved unsuccessful in dislodging over 1,000 protesters. Seven police officers were taken hostage in the clashes, each of whom were beaten before being released. Protesters also attacked cars and prevented transit for local residents.

“Of the seven officers, one suffered moderate brain trauma, but his situation is not serious. All of them are being transferred to Trujillo for their recovery,” said local police chief Cesar Gentille.

Protesters claimed the police used rubber bullets. “We have two seriously injured and others less seriously. The police have used excessive force and beaten everybody they see,” one protester said.

Barrick released a statement saying food shortages endangered the health of over 400 mining workers inside the site. The company maintains the stoppage’s narrow support is motivated by personal interests within the Quirulvica district.

“Barrick not only considers dialogue as the only way to come together, but also the strict compliance of the commitments adopted by the community. That is why other villages in the mine’s direct area of influence are not supporting the work stoppage,” read a company statement.

Mota-Engil workers are protesting the lack of work opportunities, inequality in labor benefits, lack of reassignment of fired workers and the company’s failure to pay $3.80 in daily lunch money. Labor leaders say that Barrick is ignoring its contractor’s abuses.

Barrick Gold’s Lagunas Norte gold mine, Peru’s second largest, produced 582,000 ounces of gold in 2014 and has an estimated 2.8 million ounces in reserves.