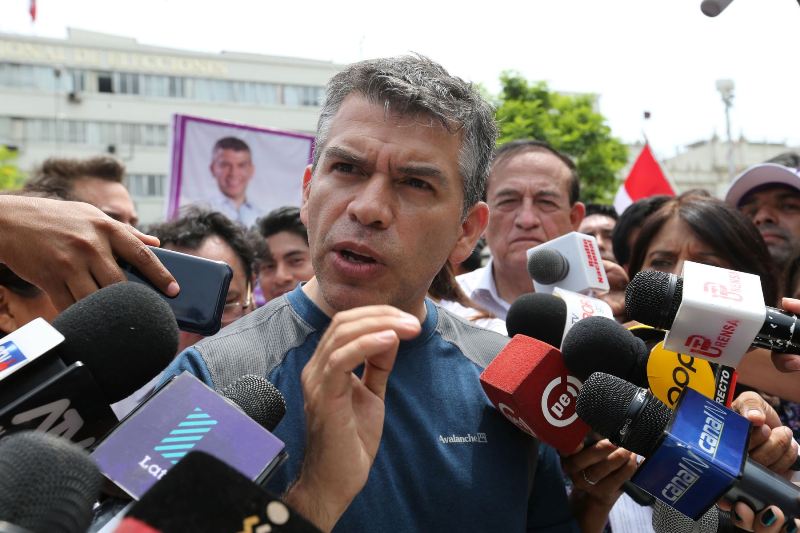 In ruling against the political party of presidential candidate Julio Guzman, Peru’s elections board left an opening to approve his candidacy.

A National Elections Board (JNE) tribunal ruled against an appeal from Julio Guzman’s Everybody for Peru party today, affirming a previous resolution nullifying official actions taken at an extraordinary assembly which did not follow party statutes. Among those actions was the selection of Julio Guzman as the party’s candidate.

However the JNE decision left the door open for the Special Electoral Board (JEE) division of the JNE to allow Guzman to run by making a technical modification to the Everybody for Peru party’s incorporation.

“However, this decision does not prevent the [JEE’s] Registry of Political Parties (ROP) from modifying the registration of the political party, and is independent of the inscription of the presidential ticket and candidates for Congress of the Republic and Andean Parliament, pending the Special Electoral Board,” reads the JNE resolution.

While the judgment was touted as a defeat for Guzman, the opening of an opportunity suggests that Peru’s electoral authority is hesitant to bar the country’s second leading candidate and top challenger to frontrunner Keiko Fujimori.

In addition to kicking the final decision down to the JEE, the JNE tribunal reached its judgment by a majority vote of three to two. JNE president Francisco Tavara cast his vote with the minority, saying that technicalities should not bar Guzman from the election.

“There have been no questions raised by members of the party, and we cannot unreasonably and disproportionately disenfranchise his right to political participation,” Tavara told El Comercio.

Guzman, who had camped out in downtown Lima’s Plaza San Martin since Saturday while leading a vigil of party members in front of the JNE building, said he would appeal the decision.

“Our campaign will continue and we are going to move forward,” Guzman said outside the JNE building. “We will appeal for a ruling on the constitutional right to vote. We are also appealing to the supreme court and the Inter-American Commission on Human Rights. We will do this within the framework of the law.”

The 45-year-old economist is branded an “outsider” in an election year when Peruvians are wary of the same candidates.