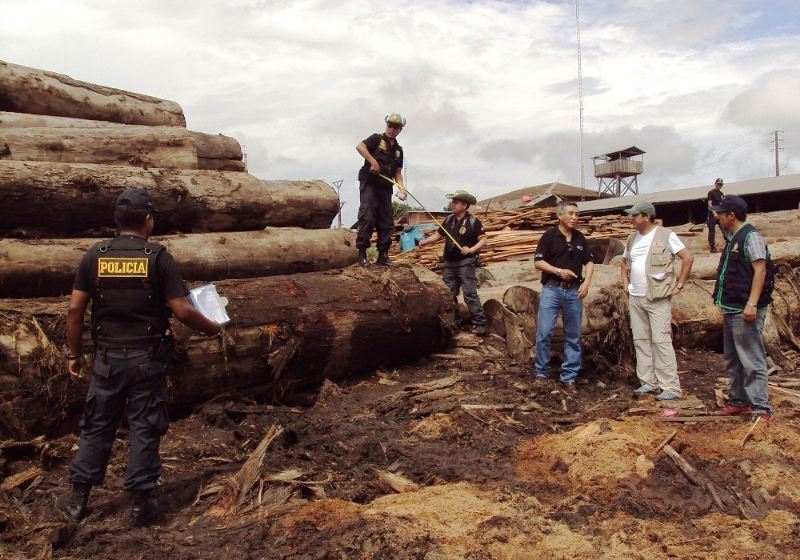 Peru’s national government has created a special police force of over 1,000 officers dedicated exclusively to illegal logging and mining.

The creation of the special police force comes days after an international summit on environmental crimes was held at the SUNAT headquarters in Callao among officials from the governments of Brazil and the United States.

The Environment and Natural Resources Division of the U.S. Department of Justice will provide technical assistance to the governments of Peru, Brazil and Colombia under the agreement. Officials from the Peruvian and Brazilian police forces agreed to conduct joint operations in targeting illegal loggers. Peru also created a special court to prosecute environmental crimes.

“We have publicly stated that illegal logging constitutes a national security issue. It is a threat that puts the social peace, homeland security and Peru’s general wellbeing at risk, which is why we need to adopt a multilateral approach to addressing it head on,” said Cesar Fourment, director of Peru’s commission to combat logging.

“We currently have at a national level something more than 1,000 agents. We have divisions working in each one of Peru’s states and they are focused especially on illegal mining, illegal logging,” chief of Peru’s national police force’s environmental division said. “We go to schools. We speak with the authorities, with the teachers and we show them what illegal mining is, how it damages the environment with the use of cyanide and mercury.”

In 2014, four activists against illegal logging were murdered in the state of Ucayali, presumably by illegal loggers. A World Bank report estimates 80% of timber exported from Peru is produced illegally.