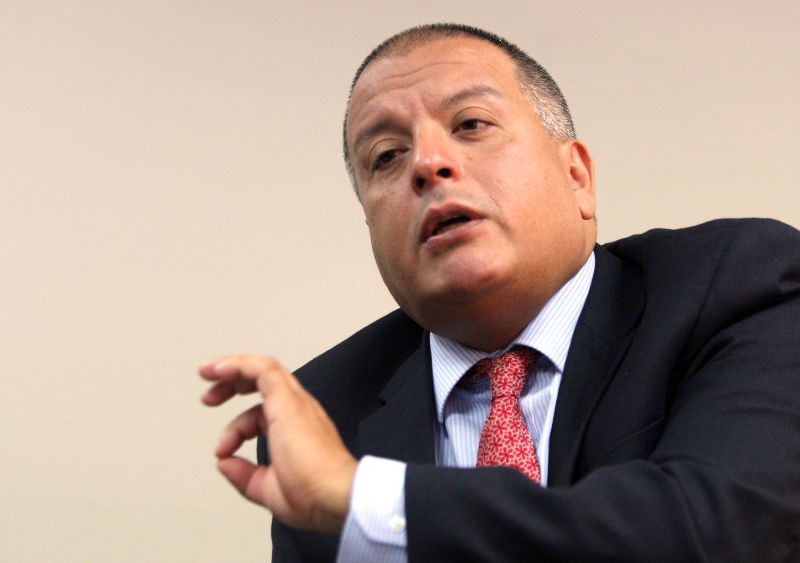 Peru’s housing minister Milton von Hesse resigned his office on Sunday, one day before the deadline for public officials looking to run for President.

Today marks the last day public officials must resign in order to run for President, Vice President or congress in Peru’s elections next April. As the current administration’s most popular official, von Hesse’s resignation was interpreted as a bid for the presidency.

The Nationalist Party’s presumed presidential candidate is the polarizing former interior minister Daniel Urresti. However Urresti’s campaign will be at least frustrated, if not completely derailed, by the murder trial he is currently facing for the military’s 1988 assassination of journalist Hugo Bustios.

Housing minister Milton von Hesse enjoys the current government’s highest approval rating at 31%, and he is also the Cabinet’s longest surviving minister with over three years in the administration. The economist worked for Peru’s finance ministry for 10 years under three different governments before a stint at the World Bank and his alma mater, the University of the Pacific.

Von Hesse drafted the rent-to-own and leasing laws, which respectively empower property management firms to extend credit and remove the requirement for a down payment, in order to drive the construction and real estate industries in Peru’s slowing economy.

While some analysts believe Von Hesse is preparing for a presidential bid, others say he could be readying to join the team of Pedro Pablo Kuczynski as a Vice President. Local officials have resigned positions around the country in anticipation of running for congress under Kuczynski’s party, Peruvians for Change.