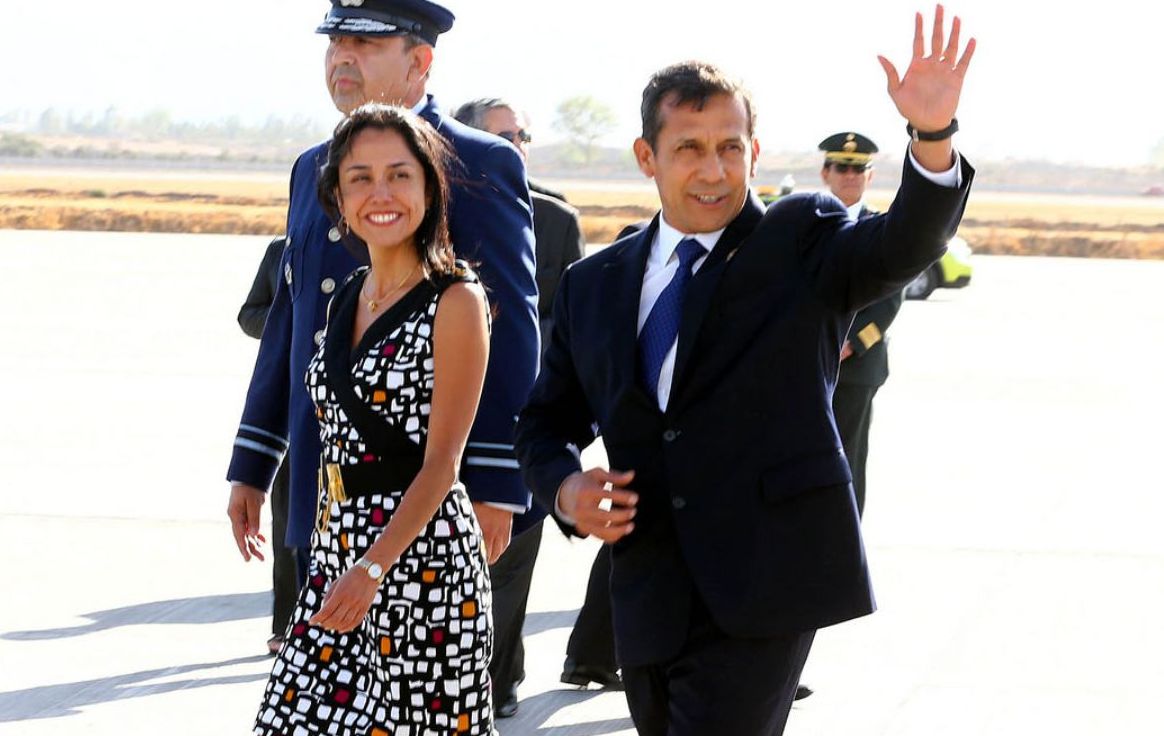 Only 17% of Peruvians approve of Humala’s performance while a full 76% disapprove of his management according to a recent Ipsos poll. The dismal popularity is the worst of his unpopular term to date and ranks him below Venezuela’s Nicolas Maduro, but slightly higher than Brazilian President Dilma Rousseff as one of the least popular heads of state in Latin America.

The poll was conducted in a month when Nadine Heredia was summoned to testify before the congressional commission investigating Nationalist Party power broker and alleged political racketeer Martin Belaunde, who enjoyed close ties to the President and first lady. Of the 87% who believe Heredia was aware of Martin Belaunde’s criminal activities, 67% believe she was also an accessory or accomplice.

In addition to her appearance before the Belaunde commission, news reports surfaced of the first lady’s lavish spending on a friend’s credit card as well as fresh allegations of donations to Heredia from the Venezuelan government of Hugo Chavez.

86% of respondents believe that Heredia’s friend’s credit card was used to conceal the first lady’s luxury purchases in the United States. 81% of those polled believe Humala’s campaign received money from the government of Hugo Chavez, who openly endorsed Humala’s candidacy in 2006.

Of the 76% who disapprove of Humala, 54% cited corruption as the reason for their disapproval. 51% cited a worsening crime situation while 36% cited poor leadership. Of those who approved of Humala’s administration, the top reasons cited were social programs for the poor, improving education, battling corruption and improving healthcare.

While Humala’s approval fell to 17%, his government’s approval fell to just 16% with disapproval of 78%. Interestingly, the executive power enjoyed the highest approval of Peru’s three branches of government. Only 11% of Peruvians approve of the congress noted for partisan bickering which censured prime minister Ana Jara in March, and 13% approve of the courts and judicial branch in the wake of the dismissal of attorney general Carlos Ramos.

In monitoring the 2016 presidential candidates, frontrunner Keiko Fujimori has widened her lead over Pedro Pablo Kuczynski in recent months from 42% approval in April to 44% in June, while Kuczynski fell two points to 38%.