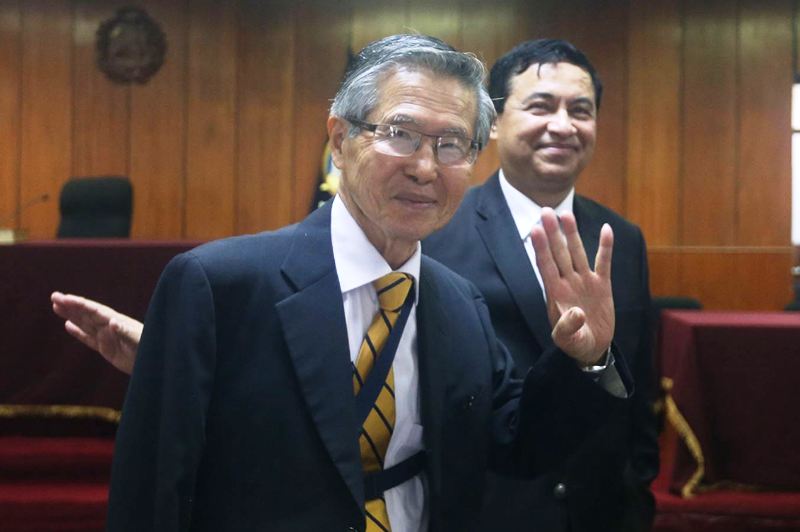 In 2009 Fujimori was convicted and sentenced to 25 years in prison for ordering the murder of innocent civilians in the Barrios Altos and La Cantuta mass killings.

In 2013 emails surfaced in which judge Cesar San Martin, who presided over Fujimori’s trial, consulted with Spanish lawyer Gonzalo del Rio about themes from the case. In his writ for habeas corpus today, Fujimori alleged that the emails prove the court’s lack of impartiality as well as the deprivation of Fujimori’s presumption of innocence.

“Information technology allowed the dissemination of four secret, revealing emails in which beyond the shadow of a doubt illustrate a major violation of the presumption of innocence and impartiality from the judge,” Fujimori said. “I was the President for peace, something which many considered difficult to achieve. I took that role and Peru won the peace.”

Fujimori’s petition requests the supreme court to overturn the decision rendered by the court presided over by San Martin. Fujimori also requested a new trial by an impartial court for the Barrios Altos and La Cantuta cases.

“The arguments presented by my father and his lawyer were very clear and convincing,” said Fujimori’s daughter and leading presidential candidate Keiko Fujimori. “This case filtered through the media when emails showed that 14 months before my father was sentenced, they had already decided it. That shows that Alberto Fujimori does not have the right of all people to be judged by an impartial jury. We are going to ask for a new trial.”

“Nothing [in the email] jeopardizes judicial fairness,” former chief justice Cesar San Martin said at the time of the emails’ revelation. “On the other hand, they deal with the judge having the best knowledge possible about the facts as well as legal perspective to analyze it. In the process of forming a judgment in complex cases, for the judge to form an opinion he has to conduct an information search from libraries and consultations with colleagues and lawyers. [He has] to have a very broad set of possibilities to consider.”

Last November, Fujimori appealed for his sentence to be overturned based on the fact that his intelligence chief Vladimiro Montesinos was convicted as the material author of the killings, and that there cannot be more than one material author. That appeal was denied.

Before being found guilty of murder, Fujimori was sentenced to six years’ imprisonment in 2007 for abuse of power.