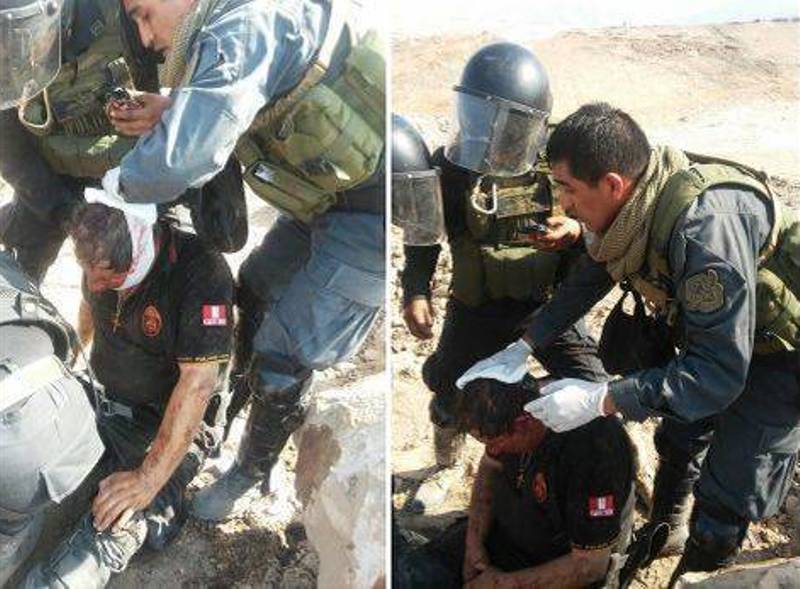 A police officer died in an Arequipa hospital after being beaten by a mob of Tia Maria protesters in Mollendo.

An official with Peru’s interior minister reported that a group of 300 protesters surrounded a group of 50 police who were trying to clear rocks from a road. The protesters beat the police with stones and chains. Four officers in total were taken to Arequipa hospitals on Wednesday with serious injuries. One of the officers who arrived in a coma died today.

Various ministers seized on revelations that a key opposition leader allegedly attempted to exact a bribe of $1.5 million to end the Tia Maria protests. Both the justice and interior ministers called Jose “Pepe Julio” Gutierrez a “criminal.”

“It’s really deplorable how these leaders have used the people, with their attitude they have caused the deaths of two civilians and one police officer. There are a number of injured among civilians and police, all driven by an interest in profit. There is not a shred of decency,” mining and energy minister Rosa Ortiz said.

As the government decides whether to declare a state of emergency in the Islay province of Arequipa, President Ollanta Humala has deployed the Peruvian military to the region to help restore order. The resolution authorizes military deployments from May 9 to June 7 but explicitly states that constitutional rights will not be restricted, as they are in a state of emergency. Humala’s administration has not ruled out declaring an emergency.

President Ollanta Humala may declare a state of emergency in the Islay province due to increasing violence in the indefinite strike against the Tia Maria copper mine project. The protests have resulted in two civilian deaths and over 200 injuries. Negotiations have failed twice. Local opposition concerned about maintaining agriculture demands that Southern Copper abandon the $1.4 billion project. Three died in protests against the Tia Maria copper mine in 2011.