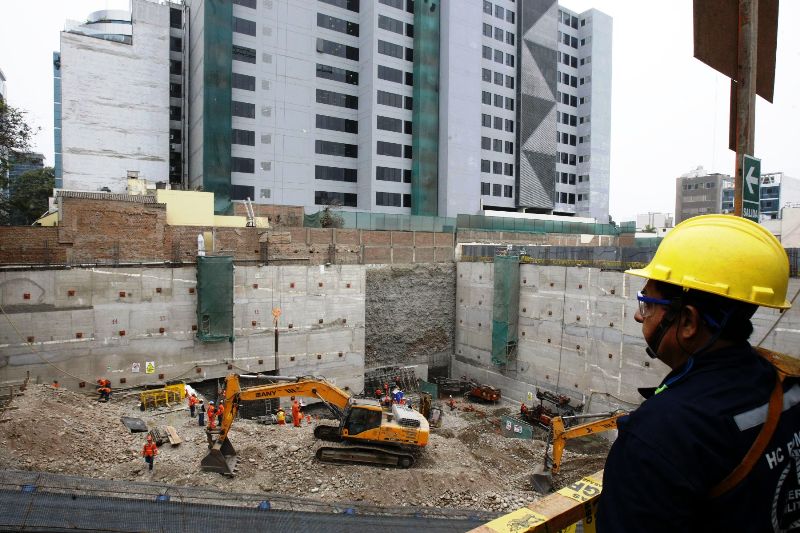 On Sunday President Ollanta Humala’s government enacted  legislation targeting organized crime in the construction industry which he forecasted in his 2015 Message to the Nation speech.

The law includes new rules governing union membership and payment of dues, protects the identity of informants and increases criminal penalties for extortion. The legislation was enacted without parliamentary debate under decree powers granted by congress in June.

Convicted felons will be prohibited from joining construction unions under the new law, which also creates a national register to document all construction jobs, unions and laborers in the country.

“We know that the people organizing the ‘pseudo-unions’ are people coming out of prison,’ interior minister Jose Luis Perez said in reference to the term used for unions solely organized for extortion purposes. “If detected, [felons] will be immediately removed from the union. We have found pseudo-unions with 30 members who don’t work [in construction], but dedicate their time to extortion.”

Perez added that members removed from unions who are found near job sites will be arrested.

The decree establishes a mechanism to suspend a union’s legal organization when “probable cause” indicates illegal activity. It also increases the prison sentences for those convicted of extortion and other crimes stemming from extortion activities.

The measure will also require employers to deposit their employees’ union dues directly into the bank accounts of the unions. The law requires that each laborer have his own unique code for each deposit.

Labor minister Daniel Maurate says that requiring union dues be paid by direct deposit prevents the union from claiming unexplained deposits came from union dues paid in cash. It serves a second function in requiring unions be legally organized in order to obtain a bank account, which many “pseudo-unions” are not.

The law also aims to protect the identity of informers who report illegal extortion activities. The law changes the way police receive complaints from informants by assigning an anonymous code to each informer. Before this law, informants had to provide their name and address along with other information.

“The businesspeople do not want to be seen face-to-face with the criminals for fear of reprisals. They abandon the criminal complaint and the prosecutor releases the suspects,” said Ricardo Espinoza, chief of the police’s construction industry unit.

“A code will be given to informers and nobody will know who is informing,” Maurate said. “As a result, that will strengthen the investigation because we will be able to access [the union’s] communications, including their bank accounts. We will be able to learn who they talking to and how they work.”

Extortion gangs are among the top reasons why crime leads opinion polls among Peruvians as the country’s top challenges. High-profile stories this year include a grenade attack on a Lima circus and the murder of a high school principal.

Humala’s government has already passed legislation making it more difficult to acquire a cellular phone and a measure allowing police to locate suspects according to metadata from their cell phone providers.

Extortion in the construction industry, however, is uniquely widespread and lucrative for organized crime. According to the national police, extortion gangs control most public works in Peru.

A 2015 report estimated that 1.5% of the retail value of Peru real estate goes to organized crime. Espinoza said that construction companies simply pass the costs of extortion on to consumers.

Last June three people linked to construction unions were killed in broad daylight in the La Perla district of Callao.