Border rhetoric heats up between Chile and Peru 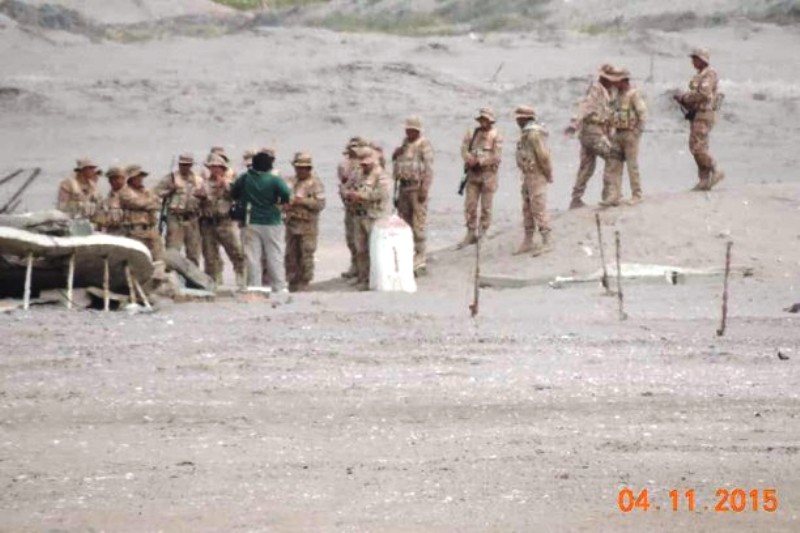 Peru and Chile have recalled their ambassadors over a new border dispute in which both countries claim nine acres of desert.

This morning President Ollanta Humala signed into law a bill that creates the La Yarada-Los Palos district in the southern border state of Tacna. The new district includes the nine disputed acres, which prompted Chile to send a letter of protest to Peru last month.

“This is part of the need to promote political, economic and administrative decentralization of the country,” Humala said at the signing ceremony. “In particular, to give priority to development of the border areas and parts of our country that have historically been left out.”

“I want to assure the Chilean people, and anybody else it pertains to, that even though we are currently facing the Bolivian lawsuit, we will not be hesitant in safeguarding our territorial sovereignty on the border with Peru,” said Heraldo Muñoz, Chile’s foreign minister.

Both countries have recalled their ambassadors from the other’s capital city to consult with their respective governments to form a strategy just one year after an International Court of Justice gave Peru over 19,000 square miles of disputed waters. The Hague’s decision marks the beginning of Peru’s waters at the point which Chile claims as the border.

The two countries’ respective opinions of where the border meets the Pacific Ocean lie 886 feet apart. That distance of less than a quarter mile from Point 1, the first marker which both countries agree on, creates a triangular area of disputed territory of just over nine acres, or seven football fields.

While most observers dismiss the possibility of a military skirmish over the small patch of desert, a fresh legal appeal to international courts is not unlikely since both countries’ opinions are supported by historic treaties.

While the governments of Peru and Chile are political allies and partners in the Pacific Alliance, the business-friendly trade bloc that counterbalances the Mercosur, the two countries’ have a historic rivalry which fuels nationalist antagonism in each country.  In the 19th-century War of the Pacific, Chile occupied Lima for several years before annexing vast swaths of land which proved later to be rich in copper.