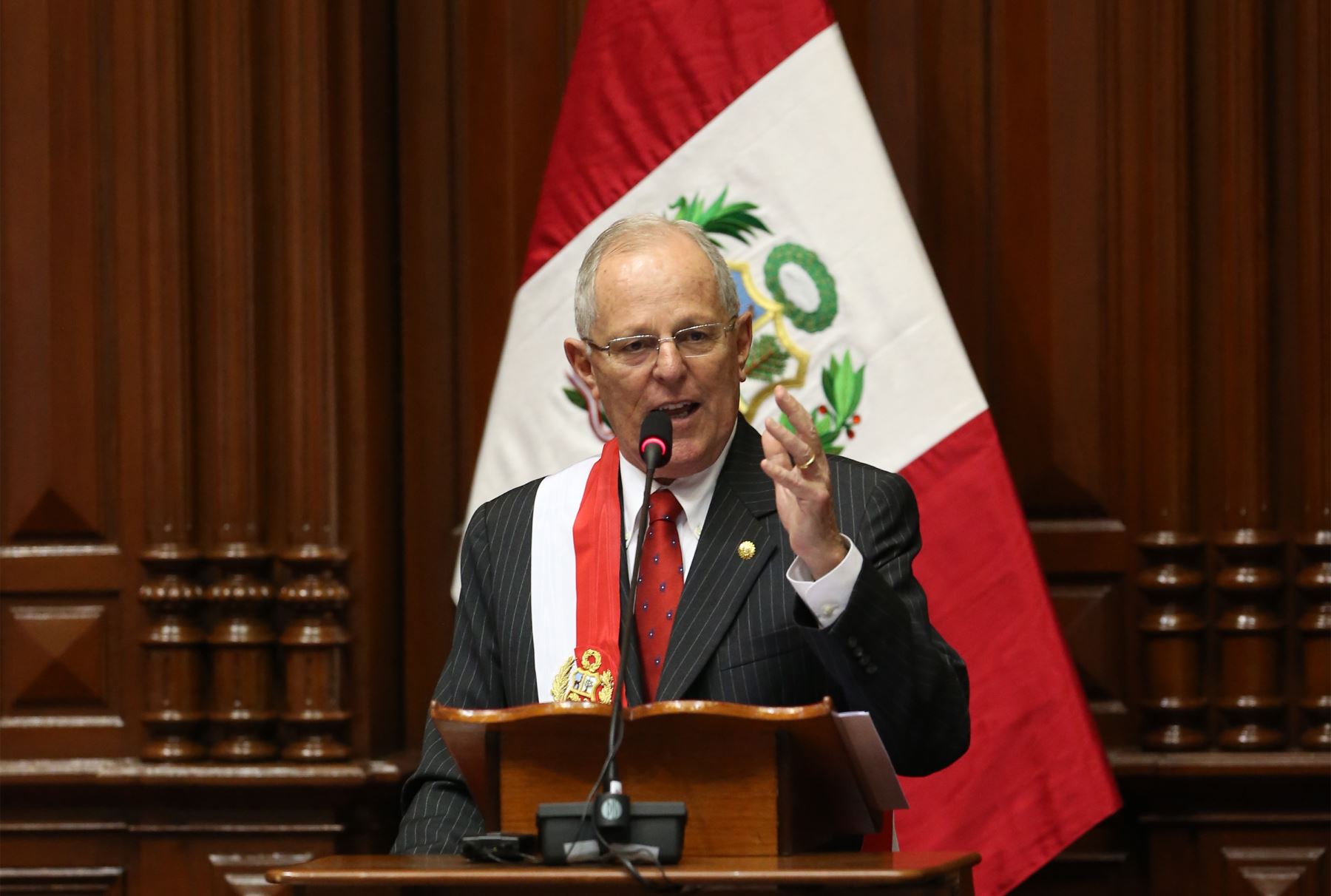 In his first Message to the Nation, Kuczynski outlined what he hopes to accomplish as Peru’s head of state for the next five years.

“In almost 200 years, Peru has transformed and achieved goals unthinkable a century ago, such as drastically reducing illiteracy and eradicating contagious and debilitating diseases through vaccination,” Kuczynski said. “Progress is undeniable. But we all know more is needed, much more.”

“I want a social revolution for my country. I hope that in five years Peru will be a modern country, fairer, more equitable and more united,” Kuczynski said.

Kuczynski began tackling each of his issue with crime and corruption, the top two issues concerning Peru’s voters in 2016 elections. He plans to form an independent entity responsible for prosecuting corruption. He added that none of his Cabinet ministers or political appointments would be protected from corruption investigations.

The new president then argued for his pet issue and personal philanthropy in delivering running water to all Peruvians. Kuczynski acknowledged that his goal would probably take seven years, so unlikely during his five-year term, but that running water and sewage for all would improve the health, quality of life and financial savings of the poorest Peruvians.

“We want to simplify and streamline health services, and we will. Today they are fragmented. We don’t want more lines at hospitals and health clinics. We will have a modern national health system with universal access.”

Kuczynski added that he would strive to eliminate anemia and to continue reducing infant mortality rates in Peru.

The new president then said he wanted to overhaul the public education system to feature quality schools for primary, secondary and higher education.

“A country of educated citizens defends its freedoms, has opportunities, respects one other and seeks peace. Hundreds of opportunities knock and many roads open for a well-educated youth.”

In addressing crime, Kuczynski called on police to recognize that reforms in the department are meant to make the institution “more honorable.” He added that he would fulfill his campaign pledge to incorporate bonuses into their monthly salary, effectively increasing pensions for when they retire.

Kuczynski plans to oversee ambitious infrastructure projects with money saved up during the commodity boom.

“We will have much more construction. Expansion and modernization of airports, seaports, national, regional and local roads. Trains, the Lima Metro, pipelines. Not to mention Iquitos, the city of my childhood, which is now isolated, which will be connected by land to the rest of Peru.”

Kuczynski vowed to respect environmental protections in place. In the case of controversial mining and energy projects, the president promised to personally make the case for extractive industries and the economic opportunities they bring to rural communities.

“We will not go against the will of the people. I said so in the campaign and that is my promise.”

Kuczynski said that, in 2021, Peru will collect more revenue from lower tax rates after a large-scale formalization effort for the giant informal sector of Peru’s economy. He hopes to double the 30% of Peru’s workers who are formally employed to 60%.

“It is not sustainable that two of every three workers are informal,” Kuczynski said. “It is not just illegal, but profoundly unjust and immoral that millions of Peruvians, dignified workers, do not have access to social security benefits or quality healthcare.”

Kuczynski singled out the agriculture industry for targeted assistance and vowed to continue the reduction of poverty in Peru. He also said that Peru would be a member of the Organisation for Economic Co-operation and Development (OECD) by the end of his term in five years.

“We want to be a serious country in the eyes of the world, a state with a voice which has the best business climate in the region where everyone wants to come, whether to invest, build, collaborate with our social programs or revitalize tourism, which can be an engine for local development in many parts of Peru.”

At just over 30 minutes, Kuczynski’s address was considerably shorter than other presidents’ Message to the Nation speeches.

Kuczynski defeated Keiko Fujimori in a runoff on June 5 by the closest margin in Peru’s election history.