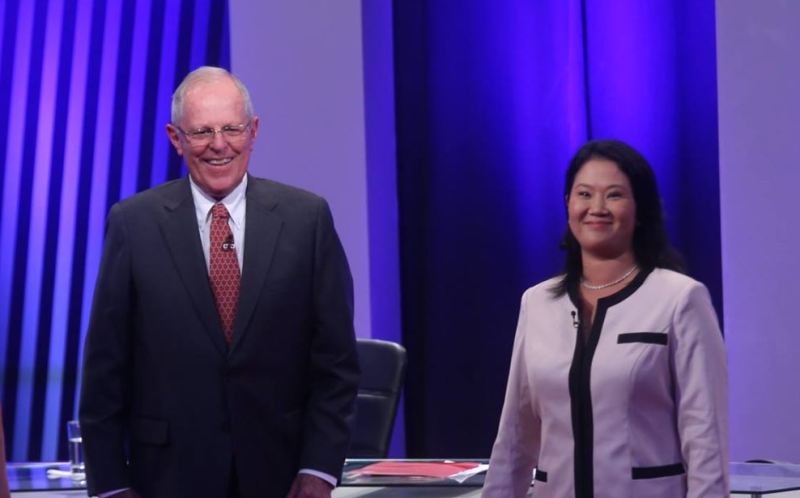 The latest Ipsos poll shows 41% of Peru’s voters support Fujimori, compared to 38% for Kuczynski. Fujimori built the three-point lead from a one-point deficit in the same poll one week ago.

In an election simulation in which respondents cast their vote in secret, Fujimori obtained 52.6% of valid votes compared to Kuczynski’s 47.4%. Fujimori’s five-point lead comes after beating Kuczynski by just 0.4 points in the same simulation one week prior.

The allegations of corruption in Fujimori and her party could prove to derail the candidate’s quest for the presidency as the daughter of former President Alberto Fujimori, who is believed to have embezzled over $600 million from the public coffers.

While Fujimori opened a significant lead in the latest poll, damaging news can take time to register in public opinion. Support for disgraced presidential candidate Cesar Acuña did not significantly drop until two weeks after initial reports of plagiarism in the university founder’s doctoral thesis.

“The Univision and America Television investigation broadcasted on ‘Cuarto Poder’ on Sunday could be a time bomb for Fujimori,” Ipsos pollster Alfredo Torres writes in El Comercio. “The impact of information like this on public opinion tends to have a delayed effect.”

In the first debate between the two presidential contenders on Sunday night in Piura, Fujimori relentlessly attacked Kuczynski as if she were trailing him in the polls. The former first lady repeatedly hit the World Bank economist on Camisea gas contracts and alluded to his disconnect with everyday Peruvians outside of the nation’s capital of Lima.

Fujimori also questioned Kuczynski about his choice of former Moquegua governor Martin Vizcarra as his vice president. Vizcarra was held in contempt for missing a 2013 hearing during a corruption investigation into government.

While analysts questioned the accuracy of many of Fujimori’s claims during the debate, most conceded that she won most exchanges with the 77-year-old former Cabinet chief.

The two contenders will hold a final debate on May 29 at the University of Lima.