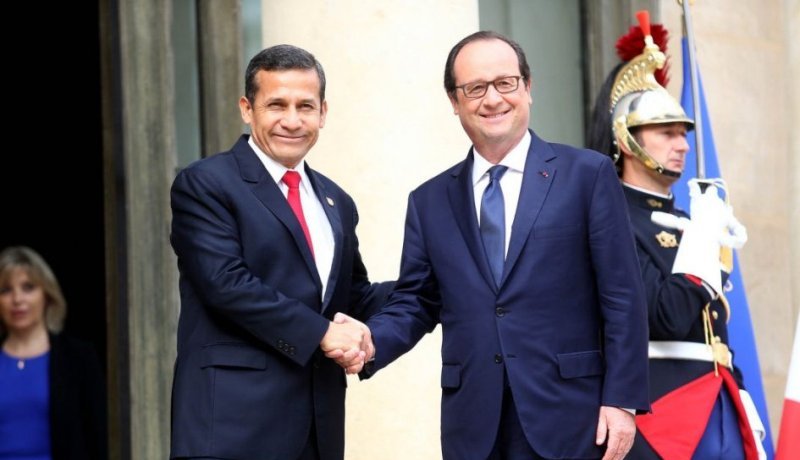 Backtracking on his veto two weeks ago, President Ollanta Humala has signaled that he will sign into law a new extradition treaty with France.

Humala’s 180-degree turn came one week after he said that the treaty would not be approved due to some issues needing “clarification.” The veto led to widespread speculation among politicians and journalists that the president and first lady could look to escape money-laundering charges by moving to France.

“We must never repeat bitter experiences of the past, in which people who committed crimes and stole from the country and all Peruvians used their dual nationality to evade justice,” Humala said in reference to former President Alberto Fujimori, who fled to Japan in 2000 to avoid corruption charges.

Sources told El Comercio that a key factor in the president’s reversal was a pending visit to Peru by French President Francois Hollande next February. Refusing to approve a treaty which France had already ratified would have strained talks.

Public opinion also played a role as first lady Nadine Heredia faces a myriad of corruption and money-laundering charges related to the Peruvian Nationalist Party and the 2006 presidential campaign. Humala and Heredia studied in Paris and own an apartment there, which fueled public speculation that the couple could avoid prison by moving to France.

“[The first lady’s] agendas that are a terror, Humala’s trip to France without permission, Heredia’s apartment in Paris,” Popular Christian Party congresswoman Lourdes Alcorta said to El Comercio. “We are not too clever. The president himself has led us to believe that the treaty was not enacted because of this battle the presidential couple is stuck in.”

As public pressure increased, neither the president nor officials in his administration could offer specific issues they had with the treaty. In fact, legal experts from across the political spectrum hailed the treaty as “impeccable.”

The treaty allows for the extradition between France and Peru of suspects accused of committing crimes punishable by more than one year in prison according to the requesting country’s laws.