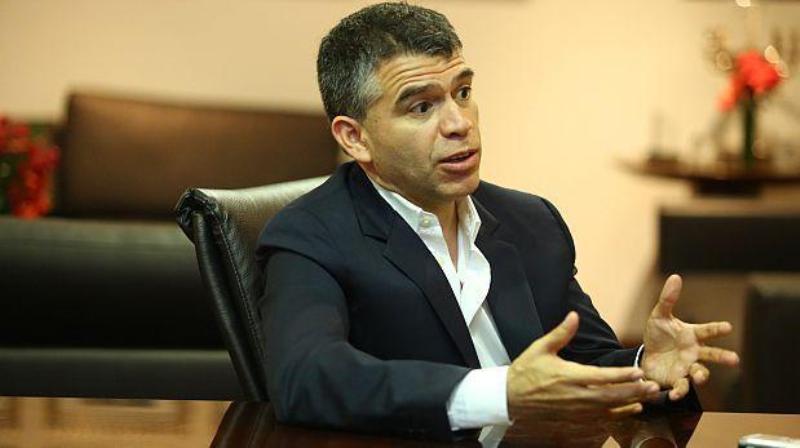 Julio Guzman has backtracked in an early gaffe committed just after emerging as a contender in Peru’s presidential elections next April.

Less than one week after new polls indicated that Guzman had surpassed former President Alejandro Toledo for fifth place, the 46-year-old Georgetown economist found himself at the heart of a controversy surrounding his views on Peru’s Prior Consultation Law.

The law enacted under President Ollanta Humala requires the government to hold talks with indigenous communities in order to hear their concerns over extractive projects on their ancestral lands. The communities do not have veto power over mining, oil or gas projects, but they have the right to demand concessions and environmental preservation standards.

“I am not going to keep [the law],” Guzman said in an interview on Frecuencia Latina’s Sin Medias Tintas. “We are not going to enforce it because it can be manipulated to go against those we are trying to defend. We do not know if we will repeal it or not … There are other ways to benefit local communities and companies as well.”

The interview led to a wave of criticism from indigenous rights groups as well as business-friendly politicians wary of the young candidate seen as the field’s outsider.

“It would definitely be dangerous not to enforce a law currently in force like the Law on Prior Consultation,” said Pedro Pablo Kuczynski’s running mate, Martin Vizcarra, on Canal N. “If we want to solve social conflicts we should respect communities. That kind of behavior, not respecting prior consultation, is the opposite. Not enforcing it would create chaos in the country.”

Less than 12 hours after Guzman felt the heat of his first scandal under the national spotlight, the candidate amended his position in a statement on Canal N.

“I believe in consultation. I believe in the concept of defending the rights of indigenous peoples. Therefore we must simply comply with the law,” Guzman said. “My concern is with the implementation. One of the problems of the state is that when one writes the laws they seem lovely, but they are not executed and enforced.”

Community opposition have stalled construction of the giant Conga and Tia Maria mines, preventing billions of dollars in foreign investment during Humala’s term. Achieving community buy-in for extractive industries is one of Peru’s most pressing political issues. However the Prior Consultation Law did not apply to Conga or Tia Maria, since local farming communities in Cajamarca and Arequipa were not indigenous populations.